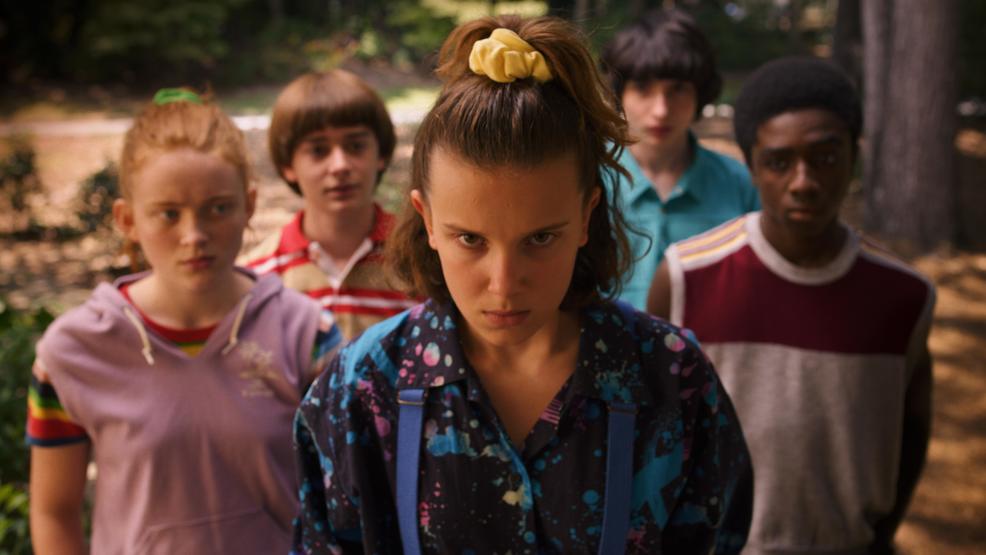 So you've made your way through the third season of "Stranger Things" and you aren't prepared (or don't have nearly enough time) to binge all three seasons another time, but you're in the mood for something similar. Here's a list of 15 films that influenced and informed the popular Netflix series.

The darker aspects of the series, particularly when it comes to the Upside Down, take visual and tonal cues from Ridley Scott's "Alien," a classic creature feature that is the perfect mix of science fiction and horror as the crew of the space tug Nostromo sets down on moon LV-426 to investigate a transmission.

1985 was a fantastic year for movies and "Back to the Future" proved to be so beloved that the Avengers are fans (even if the science doesn't exactly work out). This time travel comedy found teenager Marty McFly traveling back in time in Doc Brown's DeLorean where he accidentally meets the younger version of his mother and puts his own future in question.

When George A, Romero's "Dawn of the Dead," the first official sequel to "Night of the Living Dead," is considered by many to be one of the greatest horror films ever made. The narrative offers up a social commentary on American consumerism that remains frighteningly accurate to this day. The makeup effects haven't aged very well, but the story itself is still potent.

Steven Spielberg's "E.T." wasn't expected to be a blockbuster. It was the film adaptation of Broadway's "Annie" that was supposed to be the summer's big money maker. "Annie" finished its run with $57 million, a humble total considering the film cost $50 million to make. "E.T." was a cultural phenomenon that earned nearly $793 million against a budget of $10.5 million. I saw "E.T." in theaters numerous times because there was something magical about a group of kids finding a benevolent alien in their backyard.

When teenager Charley Brewster discovers that his neighbor Jerry Dandrige is a vampire, he turns to Peter Vincent, an actor who played a vampire hunter in the movies, to help him stop Jerry. "Fright Night" was a modest success when it was released in 1985, but has since developed a passionate following. The 2011 remake was decent, but the original is the best place to start.

"The Goonies" follows a group of juvenile outcasts as they embark on a perilous journey in hopes of finding lost pirate bounty to save their town from being turned into a golf course. What could possibly go wrong?

A cautionary tale about a young man, a unusual animal and how not following very-specific rules can lead to the destruction of a small town. "Gremlins" is like David Cronenberg for kids (grown ups could make this a double feature with 1986's "The Fly").

2017's adaptation of Stephen King's "It" is the most similar to "Stranger Things" and to a certain extent was no doubt inspired by the popularity of the series. King's novel, however, was first released all the way back in 1986. Is it possible to inspire and be influenced by all at the same time? This adaptation of the classic tale of a group of kids tormented by Pennywise, a shape-shifting clown, tells only half of the book's story, but its incredibly well done.

I love "Let Me In," the English language adaptation of John Ajvide Lindqvist's "Let the Right One In" (which was first adapted into a phenomenal Swedish film that is also recommended if you don't mind subtitles), is an unusual vampire story that explores the vulnerability of being a child who feels like an outsider.

You and your brother move to California to start anew with your recently-divorced mom and the fantastic beach town turns out to be overrun with vampires. Joel Schumacher's "The Lost Boys" combines a coming-of-age comedy with a vampire flick and the results are deliciously the cinematic equivalent of cotton candy.

"The Monster Squad" is about a group of pre-teens who love monster movies set out to find a magic amulet that will banish the real Dracula, Mummy, Wolf Man, Gill-man and Frankenstein's monster to a place known as Limbo.

The final scene in 1981's "Raiders of the Lost Ark" was the first time I remember being terrified in a movie theater. 1982's "Poltergeist" took that to an entirely different level with its buffet of frights where a seemingly normal family tormented by a host of spirits.

Based on Stephen King's short story"The Body," "Stand by Me" finds a group of young kids who set out to find the body of a missing boy that one of their older brothers claims to have seen.

Like "Alien," John Carpenter's "The Thing" blurs the line between science fiction and horror. A group of scientists in Antarctica who are stalked by a creature able to transform into other living organisms. The film's special effects, which were considered excessive, grotesque and appalling, were a largely influential evolution from the work done in "Alien."

The film was a critical and commercial failure that derailed Carpenter's career for a number of years but is now a cult classic. I remember watching the film on VHS, completely consumed by its frights.

6 Prince siblings want quick ruling that they're his heirs