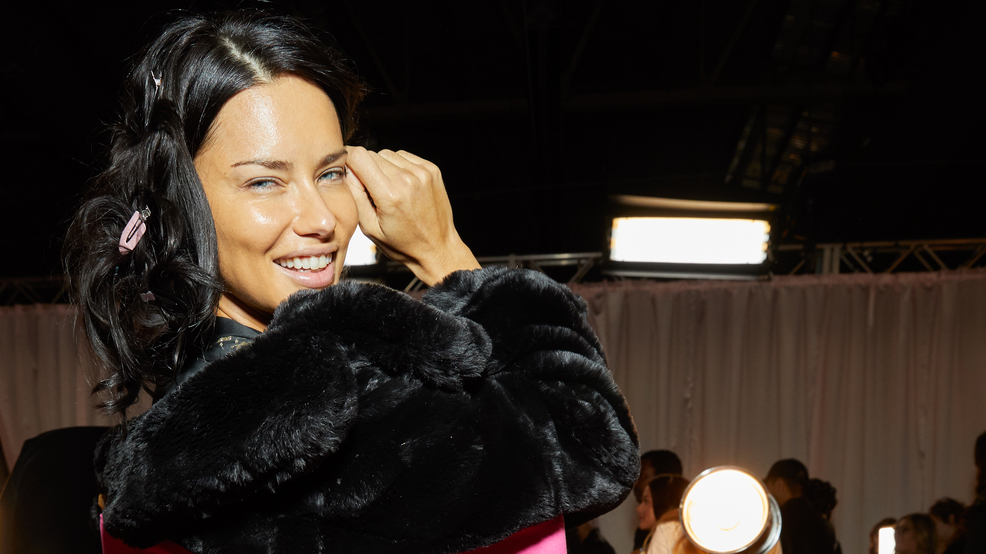 The 37 year old confirmed the news in a statement released hours before she hit the runway for her 18th Victoria’s Secret Fashion Show on Thursday night.

"Dear Victoria, Thank you for showing me the world, sharing your secrets, and most importantly not just giving me wings but teaching me to fly," she wrote. "And all the (love) to the best fans in the (world)! Love, Adriana."

The Brazilian stunner, who has worked with the lingerie brand for 20 years, has high hopes for her final catwalk show, telling People magazine recently, "I think this year is going to be the highlight of my career. This has been my 18th fashion show and I am still as excited as I was from the first day. I always love to be on runways and being part of the Victoria’s Secret show. It my favourite to do."

While the Victoria's Secret door was closing for Lima, it was reopening for Behati Prinsloo, who made a return to the runway at the lingerie spectacle in New York City after taking a three-year hiatus from the show after welcoming daughters Dusty Rose, two, and eight-month-old Gio Grace, with her rocker husband Adam Levine.

"After two babies back to back, doing the @victoriassecret show felt like a distant dream haha," the 30 year old captioned an image of her working out ahead of the fashion show. "But I'm so proud to be back and proud of my body and what it can do, feeling stronger than ever and healthier than ever with two beautiful baby girls. #girlpower."

The Victoria's Secret Fashion Show, featuring musical guests including Rita Ora, The Chainsmokers and Halsey, will be taped to air in the U.S. on Dec. 2.