by KATIE CAMPIONE, The Associated Press 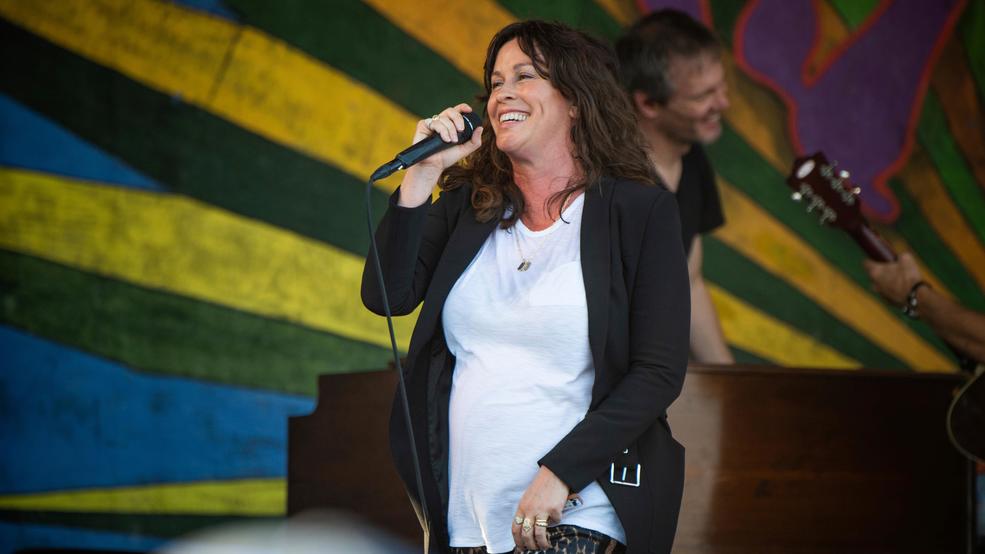 FILE - In this April 25, 2019, file photo, Alanis Morissette performs at the New Orleans Jazz and Heritage Festival in New Orleans. The Morissette-Treadway house has a new addition: Morissette has given birth to her third child, a son. (Photo by Amy Harris/Invision/AP, File)

LOS ANGELES (AP) — The Morissette-Treadway house has a new addition: singer Alanis Morissette has given birth to her third child, a son.

The Grammy winner announced the arrival of her son, Winter Mercy, on Instagram on Monday. The post included a black-and-white photo of the boy snuggled peacefully in a blanket.

The newborn is Morissette's third child with her husband, rapper Mario Treadway. The couple has another son, 8-year-old Ever Imrie, and a 2-year-old daughter, Onyx Solace.

The 45-year-old singer-songwriter first revealed her pregnancy on Instagram in March.