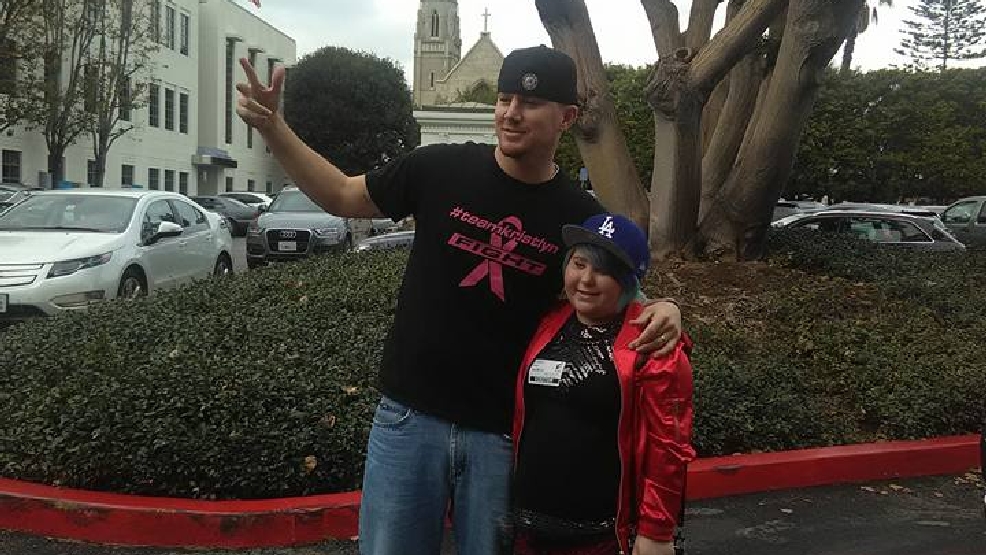 A Newark girl received the wish of a lifetime when she met Channing Tatum.

In an email to ABC 6/FOX 28, Paige Workman shared the story of her 13-year-old niece Kristlyn Ohse. Workman said that Kristlyn has Stage IV Glioblastoma Brain Cancer, and has been battling the disease since 2015.

When Make-A-Wish heard about Kristlyn's condition, they made her wish of meeting actor Channing Tatum a reality.

This past Sunday, Kristlyn, her mother Nicky Ohse and her aunt Halley Seabolt were flown out to Los Angeles to spend a whole day with the Magic Mike star.

On Monday, Kristlyn started her day by waking up to roses and a personalized gift basket from Tatum. She then got to meet the star of her dreams.

Her day with Channing started with a personal dance together. Workman said Kristlyn then got to hang out at his studio, get her hair and makeup done by his assistants, and ride in her own limousine for the day.

Tatum also showed his support for Kristlyn's fight with a shirt bearing "#teamkristlyn."

The family wanted to give many thanks to the Make-A-Wish foundation for making Kristlyn's dream possible.

"I really think Make-A-Wish deserves to be noticed about this with all the good they have done and are still doing," said Kristlyn's aunt Paige. "They are giving so many children out here that have lost all hope... hope and something to look forward to, a reason to smile."

Workman said that the family has been through a lot since Kristlyn was diagnosed in 2015.

"She's been so strong through it all, truly the strongest person I've ever met."

Kristlyn has endured multiple surgeries, and even a failed attempt from an experimental trial in Alabama according to her aunt. The family has kept a positive attitude though. They said at least researchers now know the procedure may not work for other children.

ABC 6/FOX 28 invited Kristlyn and her family onto Good Day Columbus later this week. Stay tuned for more on her incredible story.

Something old, something new for Michael Stipe