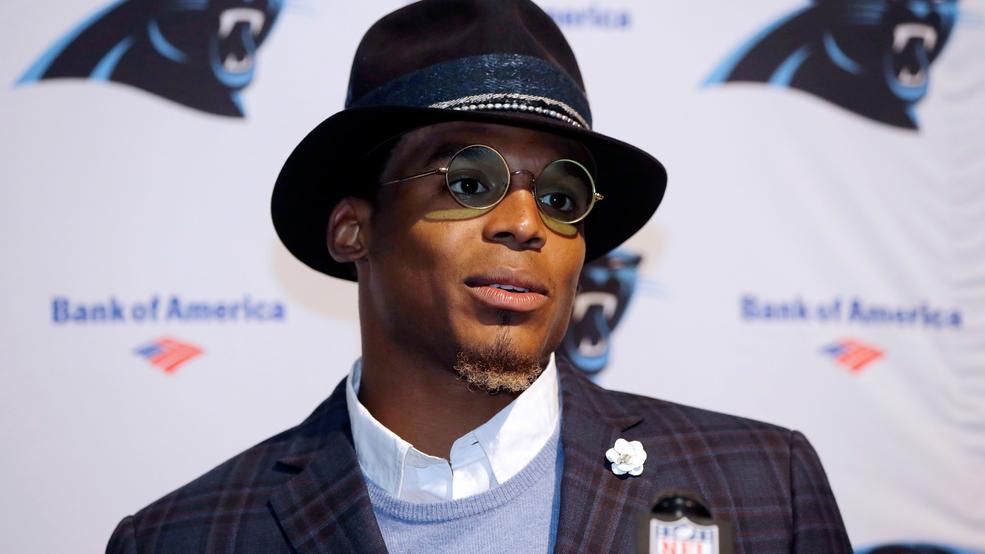 FILE - In this Oct. 1, 2017, file photo, Carolina Panthers quarterback Cam Newton speaks to the media following an NFL football game against the Carolina Panthers, in Foxborough, Mass. Dannon, the maker of Oikos yogurt, is cutting ties with spokesman Cam Newton following what the company perceives as “sexist” comments the Carolina quarterback made to a female reporter. (AP Photo/Steven Senne, File)

CHARLOTTE, N.C. (AP) — Dannon, the maker of Oikos yogurt, is cutting ties with spokesman Cam Newton following what the company perceives as "sexist" comments the Carolina quarterback made to a female reporter.

Company spokesperson Michael Neuwirth released a statement Thursday saying it was "shocked and disheartened" at the former league MVP's behavior and comments toward Jourdan Rodrigue, a Charlotte Observer reporter.

The Dannon statement noted the company perceives Newton's comments as "sexist and disparaging to all women. ... It's simply not ok to belittle anyone based on gender. We have shared our concerns with Cam and will no longer work with him."

The NFL released a statement on Wednesday saying that Newton's response to the question was "just plain wrong and disrespectful to the exceptional female reporters and all journalists who cover our league."

But it doesn't appear there will be any punishment handed out to Newton.

"I think there are conversations going on at the club level with the appropriate people, with the Panthers," NFL spokesman Joe Lockhart said in a conference call Thursday. "I don't want to anticipate the league stepping in there."

Mike Persinger, the executive sports editor of The Charlotte Observer, said Wednesday evening that Newton's comments were "unfortunate and out of line."

The Associated Press Sports Editors announced that it "agrees wholeheartedly that Mr. Newton's response was out of line" and "we ask for a formal apology to Jourdan Rodrigue from Mr. Newton and the Carolina Panthers organization."