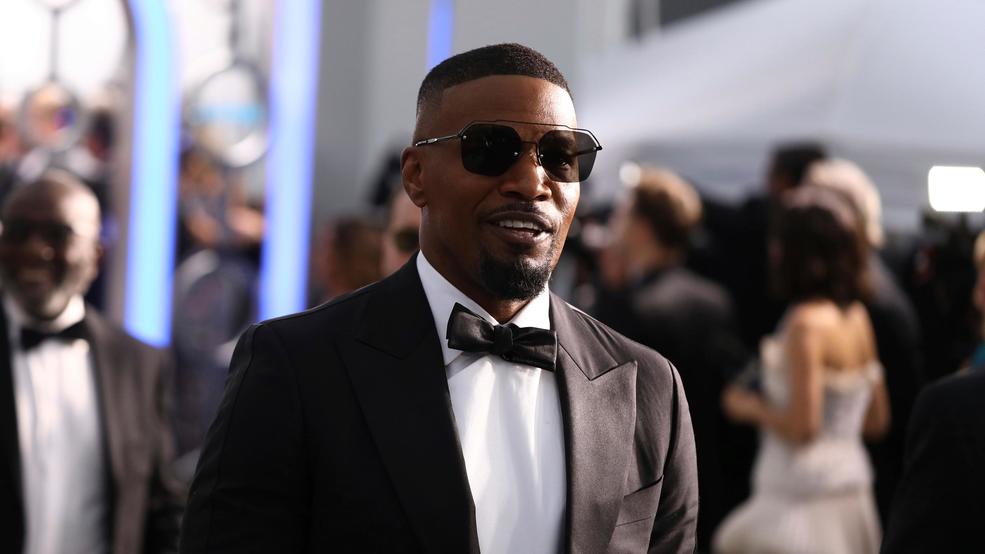 LOS ANGELES (AP) — Jamie Foxx has won a plethora of major awards including an Oscar and Grammy. But after the African American Film Critics Association recognized him Wednesday night, the actor-singer called its honor just as special.

Foxx along with Eddie Murphy and Jordan Peele were among some of the honorees at the 11th annual ceremony in Los Angeles.

"People say so much about the other awards, but it's special when it comes from your own people," said Foxx, who won best supporting actor for his role in "Just Mercy."

"It's just special," he said after receiving the award from the organization, which actively reviews films with an emphasis on projects that include the black experience. The awards mainly highlight films produced, written, directed and starring people from the African diaspora along with other ethnic projects that break new ground.

Through his translator, "Parasite" director Bong Joon Ho said African Americans played a big role for him while studying cinema during college in South Korea. He said he used to create his own subtitles to Spike Lee's "Do the Right Thing" and "Jungle Fever."

"At the time, my English wasn't that good, so subtitling it was quite an experience," Bong said. "I had no idea there was various curse words in the English language. Thanks to Spike Lee, I learned so many things."

Bong said he finally met Lee at an award show a couple weeks ago. The director took a picture with Lee, but didn't get a chance to tell him about how he subtitled his films in college.

"If any of you guys are acquainted with him, please tell him I would like to get in touch with him," his translator said as the audience burst into laughter.

After Bong left the stage, Academy Award-winning costume designer Ruth E. Carter — who has worked with Lee for more than 20 years — said she could put the two directors in touch with each other.

Murphy was not in attendance, but he won for best actor for his role in Netflix's "Dolemite Is My Name."

For a second time, a film directed by Peele won the AAFCA award for best picture. His movie "Us," starring Lupita Nyong'o and Winston Duke, won the show's top honor.

"For my second project, the whole question was 'What are you going to do?' I knew that I wanted to bring something different, something that people weren't expecting," said Peele, who also won for best director. In 2018, his film "Get Out" took home the award for best picture.

"I wanted to take a risk," he continued. "It means so much to me to be acknowledged for this huge risk, this huge swing. ... This encourages myself and a whole lot of other people to take big swings."

"Spider-Man: Into the Spider-Verse" director Peter Ramsey said Cherry "struck a nerve" with his animated short film, which delved into a story about an African-American father who learns how to style his daughter's hair for the first time.