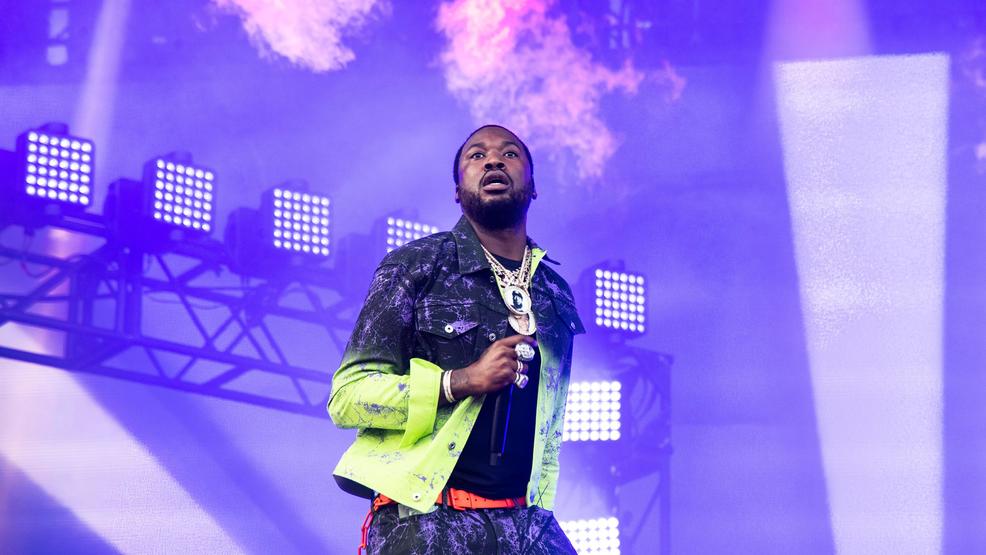 FILE - In this Sunday, Aug. 4, 2019 file photo, Meek Mill performs on day four of Lollapalooza in Grant Park in Chicago. The NFL and Roc Nation announced Friday, Aug. 30, 2019, that Mill and Rapsody will perform in a free pregame concert Sept 5 before the season-opening game between the Green Bay Packers and Chicago Bears. The concert is an early sign of how the league’s new social justice partnership with rapper Jay-Z and his label may work out. (Photo by Amy Harris/Invision/AP, File)

LOS ANGELES (AP) — Meek Mill and Meghan Trainor are helping kick off the new social change partnership between the NFL and Jay-Z before the season-opening game in Chicago next week.

The NFL and Roc Nation announced Friday that Mill, Trainor and Rapsody will perform in a free pregame concert Sept. 5 in Chicago's Grant Park before the Bears face off against the Green Bay Packers.

A portion of the performance will appear on pre-game programs on NBC and the NFL Network.

The trio has also been named advocates for the Inspire Change initiative meant to support various causes, including criminal justice reform and improving police relations and educational progress.

The NFL and Roc Nation say artists in various genres will create new music for a Songs of the Season campaign that will help raise money for Inspire Change.

Songs of the Season will debut during NFL games each month and simultaneously release on streaming platforms, according to a news release. An Inspire Change apparel line is also in the works, with looks set to go on sale later this year.

Next week's performance is an early sign of how the NFL's partnership with Jay-Z, forged over months of discussions, may work.

Roc Nation — home to Rihanna, DJ Khaled and other stars — has agreed to consult on and co-produce its entertainment presentations, including the Super Bowl halftime show. Jay-Z said earlier this month that he's told NFL Commissioner Roger Goodell that the partnership couldn't be about him performing at the Super Bowl.

Jay-Z has been a strong supporter of Kaepernick, who has not played in the NFL the past two seasons and is not with a team now. He has turned down invitations to perform at the Super Bowl, as has Rihanna.

Mill and Jay-Z announced in July that they would partner to create a new record label, Dream Chasers, with Mill serving as its president.

Mill and Rapsody will host two Chicago-based community organizations, BBF Family Services and Crushers Club, during their Sept. 5 concert, which will be followed by a watch party of the Bears-Packers game.

The previous day, Rapsody will host an "Inspire Change Speed Mentorship" in which she and others will serve as mentors to 65 young men and women between the ages of 13-19.