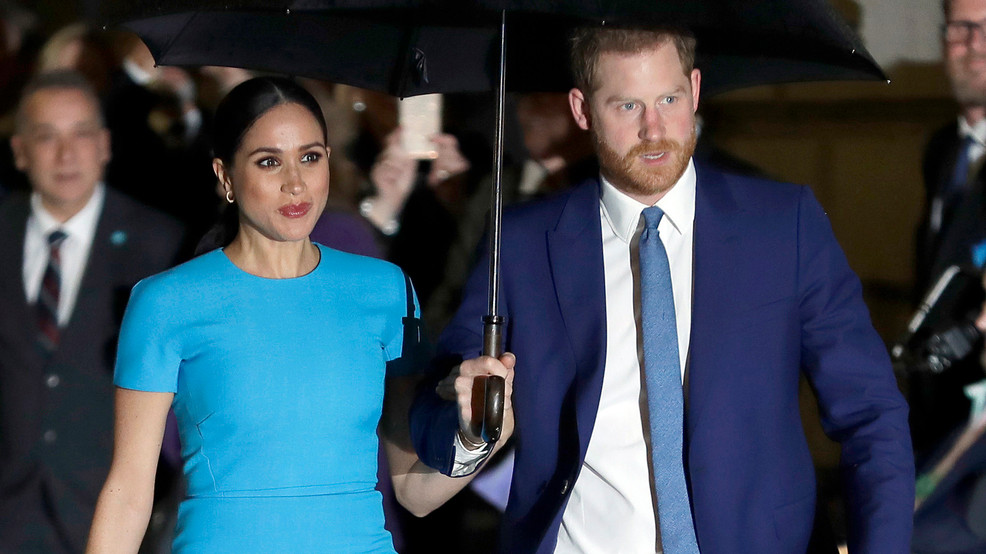 FILE - In this March 5, 2020 file photo, Britain's Prince Harry and Meghan, the Duke and Duchess of Sussex arrive at the annual Endeavour Fund Awards in London. (AP Photo/Kirsty Wigglesworth, File)

LONDON (AP) — Britain's Prince Harry says it took him many years and the experience of living with his wife, the former Meghan Markle, to understand how his privileged upbringing shielded him from the reality of unconscious bias.

Harry talked about racial inequality and social justice in a video discussion with the Black Lives Matter activist Patrick Hutchinson as part of the GQ Heroes Conference, which is being broadcast this week.

"Unconscious bias, from my understanding, having had the upbringing and the education that I have, I had no idea what it was," Harry said. "I had no idea it existed and then, sad as it is to say, it took me many, many years to realize it, especially then living a day or a week in my wife's shoes."

Harry, the grandson of Queen Elizabeth II, was raised in the royal family and educated at the exclusive prep school Eton before serving in the British Army. He married Meghan, a biracial American TV star, in 2018 in a church filled with royalty and celebrities.

The couple stepped away from royal duties earlier this year, saying they wanted to become self-sufficient. In August, they moved to a multi-million dollar estate in California's Santa Barbara County.

The prince described the social justice movement as train that "has left the station" and said now is the time for everyone to do their part to make the world a better place.

"You can't really point fingers, especially when it comes to unconscious bias," Harry said. "But once you realize or you feel a little bit uncomfortable, then the onus is on you to go out and educate yourself because ignorance is no longer an excuse."

Hutchinson, a personal trainer, was thrust into the spotlight in June when he was photographed at a Black Lives Matter protest in London carrying an injured counter-protester to safety.

Harry, speaking from his home in California, praised Hutchinson for his selflessness.

"You just came in, you did what was necessary and you saved a life," Harry said. "And in doing so, you have changed the narrative for those protests."

Hutchinson said he attended the protest to make sure the protesters didn't do anything they would regret.

"So it wasn't just us down there protecting the young Black protesters, it was us protecting everybody. And as it turned out, somebody on the other side,'' he said.