Judge to rule on tossing suit against Smollett in October 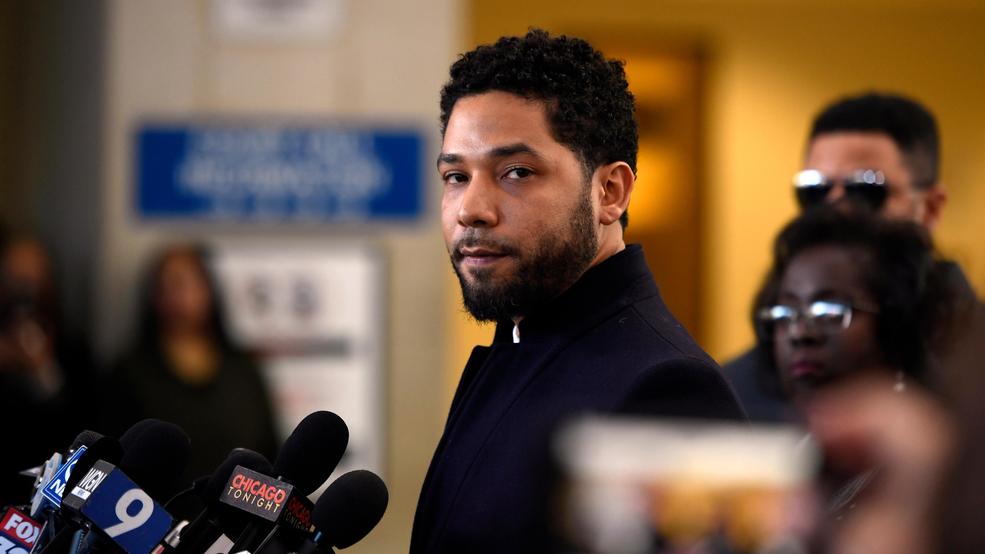 FILE - In this March 26, 2019 file photo, Actor Jussie Smollett talks to the media before leaving Cook County Court after his charges were dropped, in Chicago. (AP Photo/Paul Beaty, File)

CHICAGO (AP) — A federal judge hearing the city of Chicago's lawsuit against Jussie Smollett says she'll rule on the actor's request to toss the suit in October.

The 10-minute status hearing Tuesday was the first since the civil case was moved to federal court from state court. The former "Empire" actor didn't attend the hearing in Chicago.

The city accuses Smollett of staging a racist and anti-gay attack against himself in January. It sued to force Smollett to pay $130,000 in police overtime and other expenses after state prosecutors dropped charges accusing him of filing a false report.

The defense motion to dismiss earlier this month calls the bid to recoup costs a "perverse tactic" since charges were dismissed. They maintain the attack was real.

The next status hearing is Oct. 22.