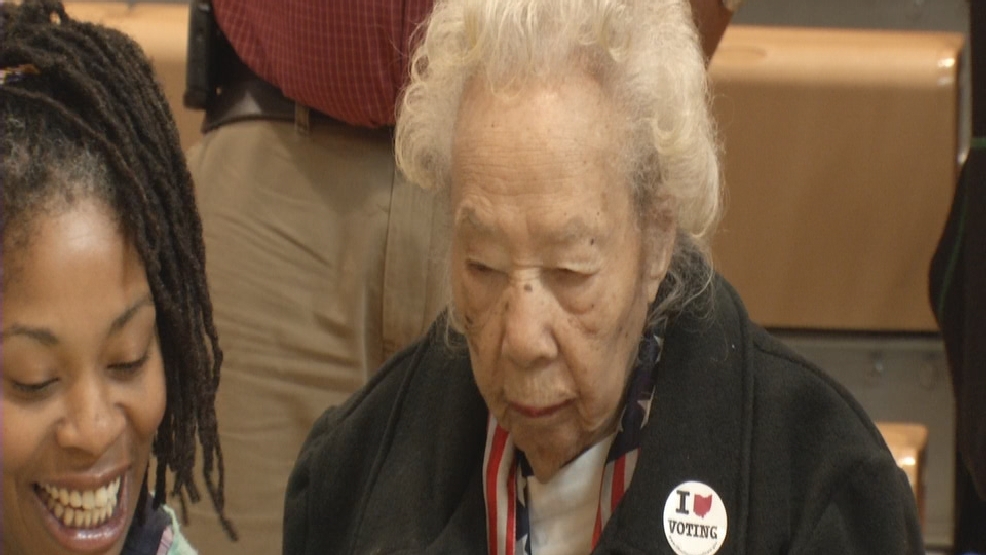 COLUMBUS, Ohio (WSYX/WTTE) - For many people across America, Tuesday was their first time voting in a presidential election. But one Ohio woman has been voting for nearly a century.

Mary Cook was born in 1909. Women didn't even have the right to vote in the United States until 1920, when she was 11 years old. The 107-year-old has taken advantage of this opportunity ever since she was allowed, voting since 1932, when Franklin D. Roosevelt was President.

"I vote every time," Cook said.

Cook's family says she is very aware of the history she's witnessed over the years. "So many sacrifices so people can vote," Cook's daughter Ann Willis said. "I want people to realize that there have been a lot of sacrifices so that we can come this far."

For her 21st presidential election - yes, 21 - five generations of family joined Mary at her east Columbus polling location. Including her great-great-granddaughter Justice, who is 100 years younger.

The family says it's an incredible learning experience for the 7-year-old. "We fought for the right to vote, but at this point it's not just a right, it's your responsibility. We have to represent and we have to keep going forward," Willis said.

Mary, the family matriarch, is leading them by example and it warmed her heart to have them all with her on this historic election day. "I can't explain, it's great."