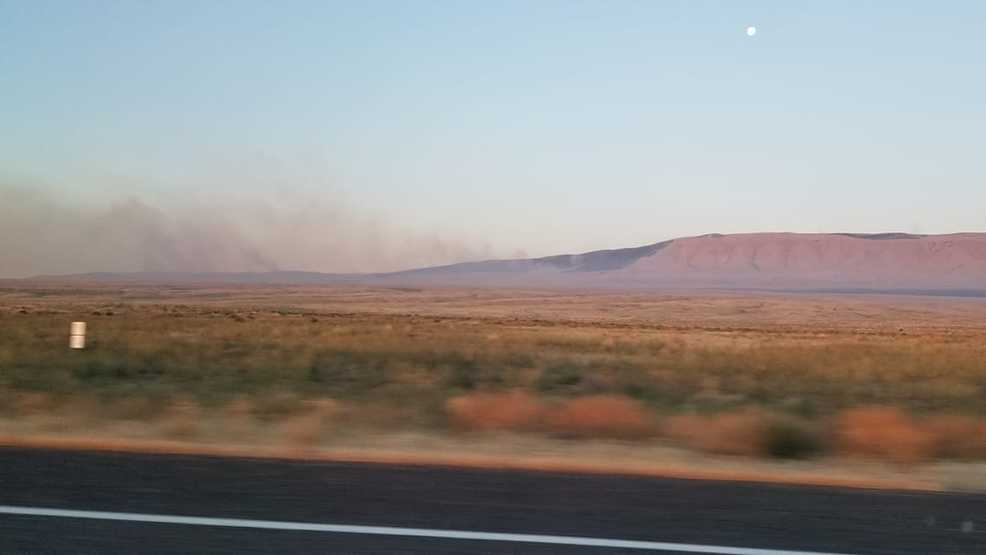 Local crews have put in orders for state mobilization to help combat what they call a "wind driven fire."

Officials say the fire is around 30-40% contained.

Dozers, an aircraft, and fire engines have been brought in to fight the fire, but officials say there are only around 100 men and women working on the scene, as of Friday morning.

Officials say the fire started at SR-24 and jumped on to Rattlesnake Mountain and burned in Benton County but near the Yakima County border.

As a defense mechanism, crews have been burning the top of Rattlesnake Mountain with mutual aid to eliminate the fuel source for the fire.

At this point, fire crews are still investigating the cause of the fire.