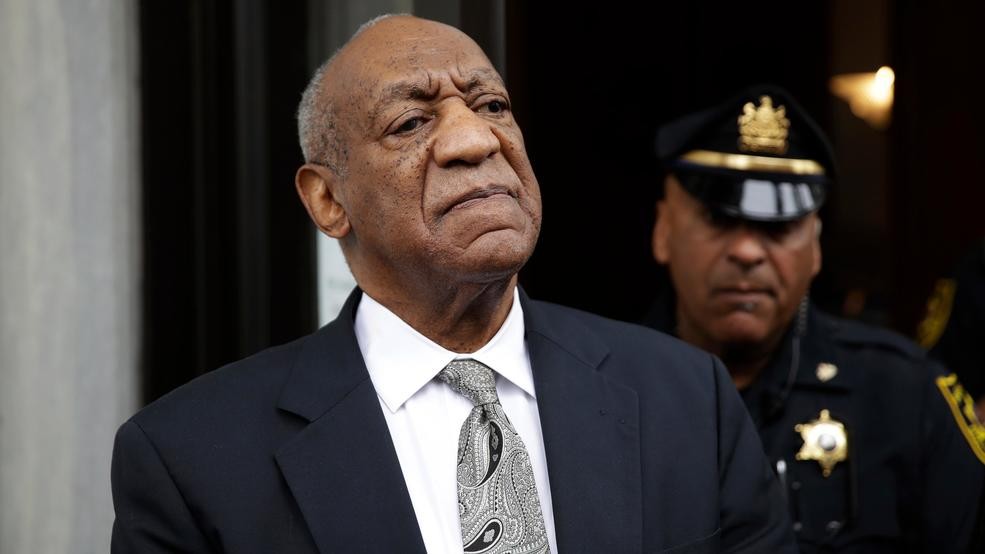 FILE - In this Saturday, June 17, 2017, file photo, Bill Cosby exits the Montgomery County Courthouse after a mistrial was declared in his sexual assault trial in Norristown, Pa. Judge Steven O'Neill who presided over Cosby's sexual assault trial is weighing whether to make public the identities of the jurors who deadlocked in the case. He said he would rule by Wednesday, June 21. (AP Photo/Matt Rourke)

A second lawyer who defended Bill Cosby in his sex assault trial that ended with a deadlocked jury wants off the case before the start of his retrial that's set for November.

Lead defense lawyer Brian McMonagle, of Philadelphia, asked to be taken off the case earlier this month.

Montgomery County Judge Steven O'Neill previously set a hearing for Aug. 22 to discuss that request. Agrusa is asking to delay that hearing until Sept. 11.

District Attorney Kevin Steele is asking the judge to deny that request, saying it delays justice.

The 80-year-old comedian is being retried on charges he drugged and molested Andrea Constand more than a decade ago. Cosby has said it was consensual.