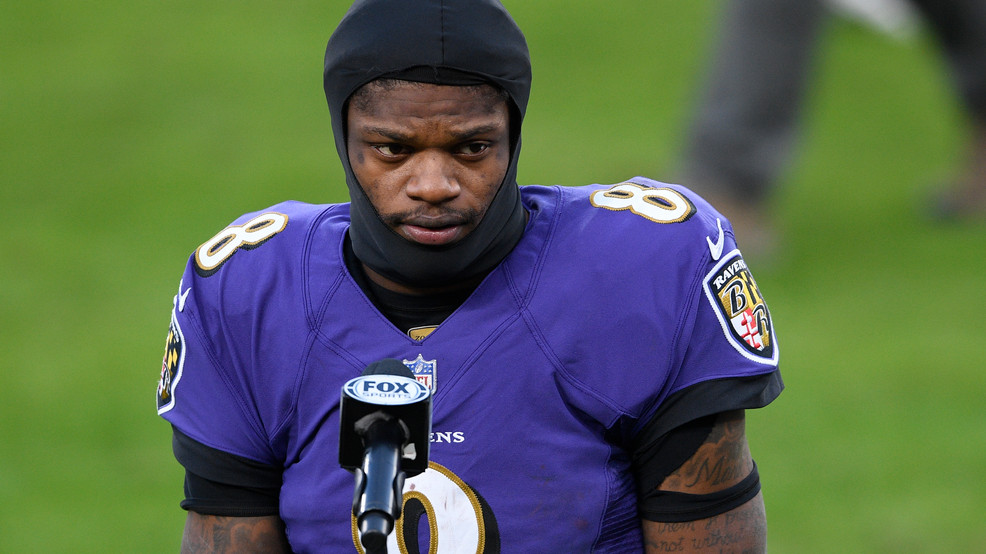 BALTIMORE (WBFF) – In an Instagram story posted Friday, Ravens' Quarterback Lamar Jackson brought a woman to tears when he gave her a wad of cash in apparently a random act of kindness.

Jackson appears to be inside a shoe store in a mall when he stops to pose for photos with fans. After posing with one woman, he hands her some $20 bills, spurring strong emotions.

"There's nobody who ever did that for me. I thank you very much," she said in the video.

Earlier this month, Jackson visited the campus of Morgan State University in Baltimore. Surprising Morgan students, he toured the campus on a scooter and dished out chicken sandwiches at the local Chick-fil-A.

It's not clear where the mall video was recorded. In the off-season, Jackson often spends time in South Florida, where he grew up.