Banderas skewers his own craft in 'Official Competition' 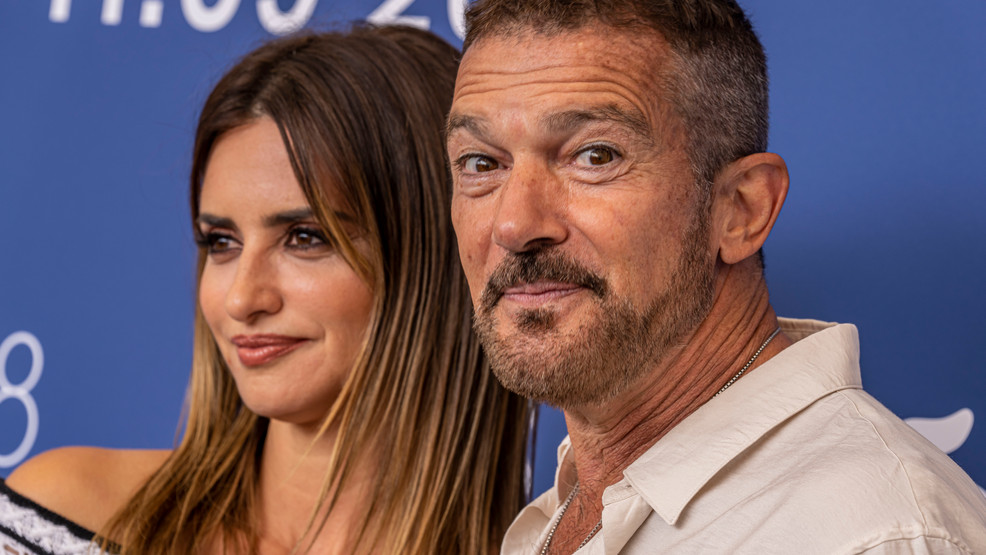 Penelope Cruz and Antonio Banderas pose for photographers at the photo call for the film 'Il buco' (The hole) during the 78th edition of the Venice Film Festival in Venice, Italy, Saturday, Sep, 4, 2021. (AP Photo/Domenico Stinellis)

VENICE (AP) — Antonio Banderas and Penelope Cruz brought some laughs to the Venice Film Festival on Saturday with a comedy that skewers their own craft, and apparently was as funny to make as it was to watch.

Audiences chuckled throughout "Official Competition," by Argentine directors Gastón Duprat and Mariano Cohn, bringing some levity to the world's oldest film festival that is still vying with the coronavirus pandemic. The film is in the main competition at Venice, which ends Sept. 11.

"Official Competition" is about the pre-production of a film and the exaggerated rituals, tics and exercises that the director (Cruz) and actors (Banderas and Argentine actor Oscar Martinez) go through to prepare for their roles. Egos, envy and competition between leads naturally come into play in this naval-gazing look at the art of making, directing and producing movies.

"We laughed a LOT," said Cruz, who was also at Venice to present the festival-opening "Parallel Mothers" by Pedro Almodovar.

The directors and actors alike insisted theirs was a respectful parody of the things actors do to get into character, though Banderas didn't hold back when asked to give an example of an unusual ritual he had experienced.

"I'm going to scream a little bit," he warned reporters before belting out a deep "Maaaah" several times.

"That was real," he said. "I worked with an actor that did that every time that we were going to do a scene. The first time he did that I thought he was a cow. And it was very annoying."

As he looked out into the room full of entertainment reporters covering his press conference and the film festival, Bandera mused that it seemed that life was imitating art.

"Don't you guys have the feeling that we're in the movie? If we were in the movie I would be asking why I am in the corner of the table, and I am not in the center," he said. "We should do a continuation that should include the press," he said, laughing. "That would be awesome."