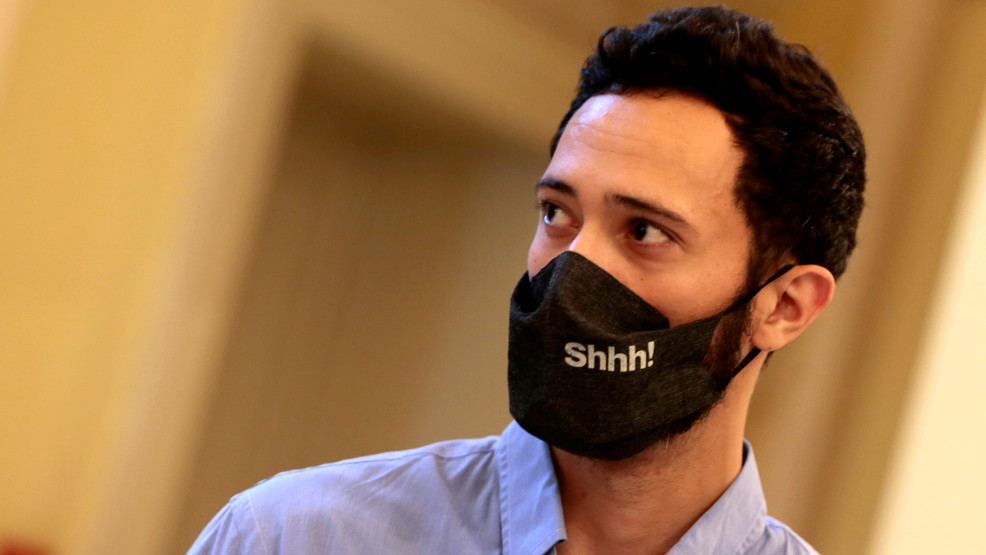 FILE - Spanish rapper Jose Miguel Arenas Beltran, also known as Valtonyc, waits for his court appointment at the courthouse in Ghent, Belgium, on Sept. 15, 2020. A Belgian court on Tuesday, May 17, 2022, ruled again that Spanish rapper Valtonyc should not be extradited to Spain, where he has been sentenced to prison accused of writing lyrics that praise terror groups and insult the royal family. (AP Photo/Virginia Mayo)

GHENT, Belgium (AP) — A Belgian court on Tuesday ruled again that Spanish rapper Valtonyc should not be extradited to Spain, where he has been sentenced to prison accused of writing lyrics that praise terror groups and insult the royal family.

The 28-year-old rapper, whose real name is Jose Miguel Arenas Beltran and who has been living in exile in Belgium since 2018, faces prison sentences in Spain totaling three-and-a-half years.

Francis Clarysse, a Ghent prosecutor, told The Associated Press that the prosecution now has 24 hours to decide whether to appeal the decision to Belgium's highest court, the court of cassation. Tuesday's ruling marked the fourth time the Spanish judicial authorities' requests for extradition were denied.

Clarysse said the latest appeal was declared "unfounded, meaning no extradition is possible."

Valtonyc's case has become popular in Spain among organizations who claim Spanish authorities are cracking down on free speech. The singer and composer from Palma de Mallorca was sentenced to prison over songs he wrote when he was 18 that were deemed to have praised terror groups, threatened a Spanish politician with violence and insulted the royal family.

During his trials in Spain, courts rejected Arenas' argument that the point of rap lyrics is to be provocative and they should be protected by free speech laws.

Rights organizations and activists regarded Valtonyc's case as an example in a wider legal and political dispute over freedom of expression, rebuking the way prosecutors have overreached in using the criminal code to punish anyone who "glorifies terrorism" or insults the Crown.