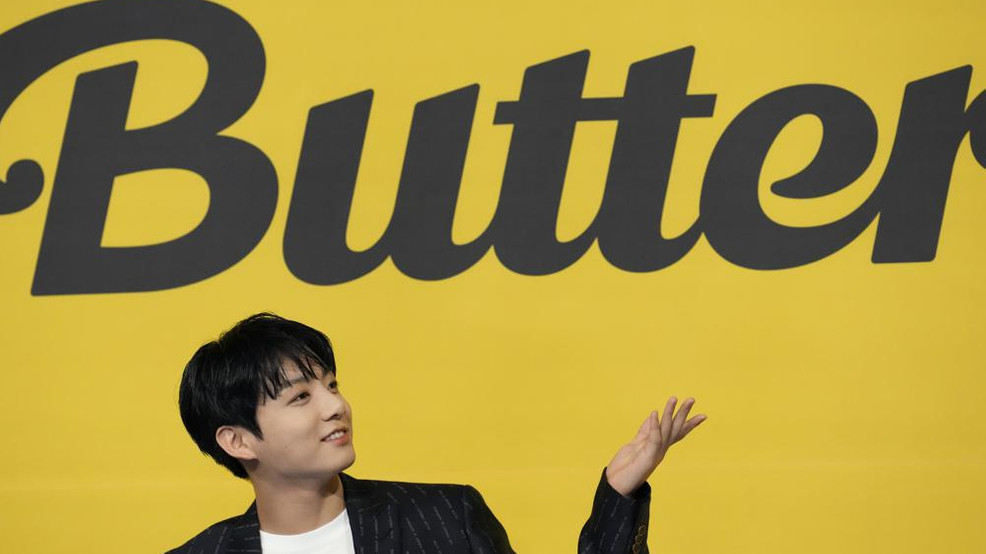 Jung Kook, a member of South Korean K-pop band BTS poses for photographers ahead of a press conference to introduce their new single "Butter" in Seoul, South Korea, Friday, May 21, 2021. (AP Photo/Lee Jin-man)

LAS VEGAS (KSNV) – BTS star Jungkook has tested positive for COVID-19 after coming to Las Vegas for the Grammy Awards this Sunday.

The singer tested negative on a PCR test in South Korea before leaving for the U.S. on Sunday, the band's management agency Big Hit Music said in a statement.

After he arrived in Las Vegas, he felt some discomfort in his throat and took both rapid and standard PCR tests.

"While being under self-quarantine as a proactive measure, the result of both tests came back positive, and Jung Kook was confirmed with COVID-19 on Monday," the statement reads.

He is currently under self-quarantine and has not shown any symptoms other than a mild sore throat.

His participation in the Grammy Awards, scheduled for Sunday at the MGM Grand, is dependent on local COVID regulations.