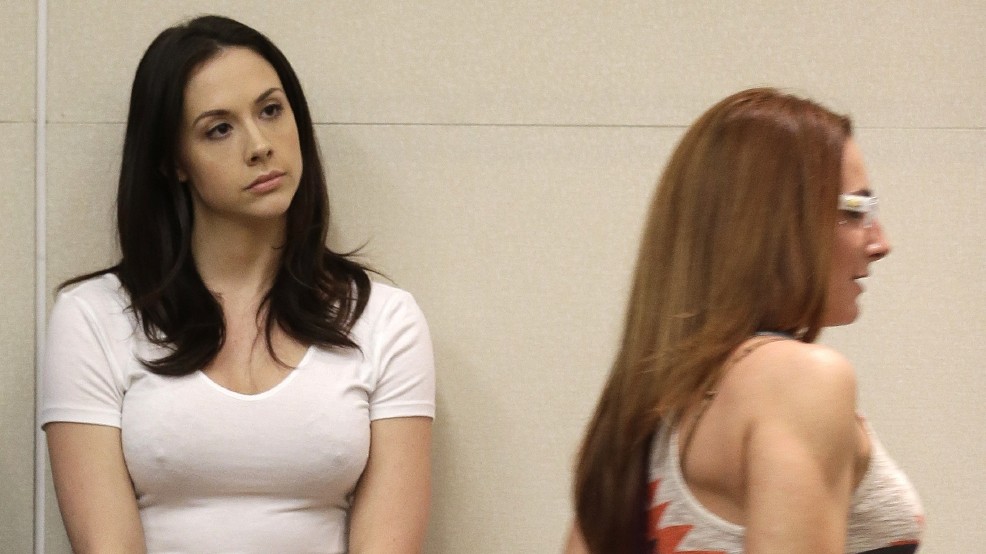 But adopting regulations specifically requiring the use of condoms and other safety measures that audiences don't like would only keep people from watching films and destroy a multibillion-dollar business that employs thousands, she and dozens of others told the board.

The panel, which had been poised to approve the measure, eventually voted it down when only three members gave their support. Four yes votes from the seven-member panel were required for passage. The vote was 3-2 in favor, with one member absent and one board position currently open.

Board members appeared influenced by the large number of industry representatives, ranging from actors to writers to directors, who argued forcefully but politely during five hours of testimony. If the proposed regulations didn't destroy their multibillion-dollar industry, they said, they would likely force it underground. Doing that, they added, could be even worse for performers by eliminating existing safeguards such as the industry's requirement that actors be tested every 14 days for sexually transmitted diseases.

Mike Stabile, a spokesman for the industry trade group the Free Speech Coalition, said after the vote that pornographers hope they can work closely in the future in crafting safety requirements that the industry can accept. He didn't say what those might be.

Under the 21-page proposal Cal/OSHA rejected, so-called engineering controls "such as condoms" must be used by actors engaging in sex to reduce the risk of transmitting HIV and other diseases. Movie producers would also be required to pay for medical visits, treatments and other health-care costs for their performers.

The problem, several speakers said, is that a large segment of their audience loses interest in a film when they see actors with condoms.

Others said that if the rules were put into effect, Cal/OSHA inspectors could also eventually begin ordering actors to use safety goggles and dental dams, adding no one would want to see a film with that equipment.

Although the proposed provisions made no mention of goggles or dental dams, they would have required sex workers, like those in the medical industry, ensure that their eyes are protected from being infected by blood-borne pathogens.

Industry officials worried that without goggles that could have meant the end to any explicit oral sex scenes.

The AIDS Healthcare Foundation has argued for years that the condom requirement was long overdue and that while it might not prevent transmission of all sexually transmitted diseases it would be far more effective than the industry's 14-day STD testing requirement.

Condoms are required for films made in Los Angeles County, under an AIDS Healthcare Foundation-sponsored ordinance that voters adopted in 2012, and foundation officials maintain that under existing Cal/OSHA workplace safety laws it is clearly implied they are also required. The measure that was rejected would have specifically stated that requirement with the word condoms.

Meantime, the group has placed a similar condom measure on the statewide ballot for November.

"This will only energize us in preparing for that November ballot," Kenslea said of Thursday's outcome.