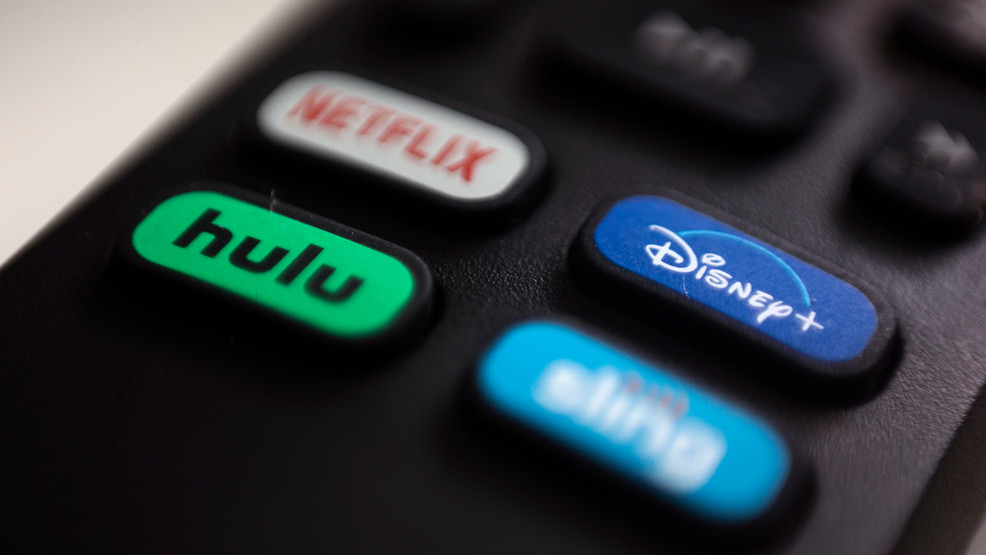 FILE - The logos for streaming services Netflix, Hulu, Disney Plus and Sling TV are pictured on a remote control on Aug. 13, 2020, in Portland, Ore. (AP Photo/Jenny Kane, File)

COLUMBUS, Ohio (AP) — Should Netflix and other streaming services have to pay local governments the same fees levied on cable operators?

That was the question before the Ohio Supreme Court during a Wednesday hearing, as the court debates whether streaming services such as Netflix and Hulu are covered by a state law that would require them to pay to play.

The argument is similar to one in several other states, where cities are trying to force streaming service companies to pay cable operator fees.

At issue in Ohio is the state's 2007 Video Service Authorization law, which directed the state Commerce Department to determine what entities must obtain permission to physically install cables and wires in a public right-of-way. Companies deemed video service providers must pay a fee to local governments under that law.

Officials with Maple Heights in suburban Cleveland contend that streaming services are subject to the fee because their content is delivered via the internet over cables and wires.

In Tennessee, the state Supreme Court is scheduled to hear arguments next month brought by Knoxville against Netflix and Hulu. A similar case brought by the city of Creve Coeur is pending in Missouri. In 2020, four Indiana cities sued Netflix, Disney, Hulu, DirectTV and Dish Network to require them to pay the same franchise fees to local governments that cable companies must pay.

In related lawsuits brought in Arkansas, California, Nevada and Texas, Netflix and Hulu won their arguments last year that they can't be treated the same as video providers.

Streaming companies argue their distribution method is different from traditional video providers. They also say in the Ohio case, it's up to the Commerce Department to label them a video service provider, a process they say can't be done through a lawsuit.

The state is siding with the streaming companies, contending that Ohio's law only covers companies building infrastructure to carry cables.

"This is about those who dig, they must pay," Mathura Sridharan, the Ohio deputy solicitor general, told justices on the state Supreme Court during oral arguments Wednesday. "If they don't dig, then they don't pay."

Without that equipment, streaming services "could not deliver their video programming to their subscribers," Justin Hawal, an attorney representing Maple Heights, said in a December court filing.

The "modest 5% video service fee" is not burdensome but instead represents a small return on billions of dollars in benefits that the streaming services receive nationwide from network infrastructure, Hawal said.

Justices seemed skeptical of Maple Heights' arguments, in particular questioning whether the argument was even one for the court to decide.

"Shouldn't you be up at the Statehouse a block and a half away instead of at a courthouse trying to get the law changed?" Justice Pat Fisher asked Hawal Wednesday.

Attorneys for Netflix say the company doesn't have physical wires and cables and doesn't need them under its internet streaming business model.

Unlike broadcast TV stations, "users can watch content anywhere, anytime, and in any amount, so long as they have an internet connection," Amanda Martinsek, an attorney representing Netflix, said in a November filing.

Netflix argues a growing number of courts nationally have reached the conclusion that companies like Netflix and Hulu don't owe provider fees because they're not video service providers.