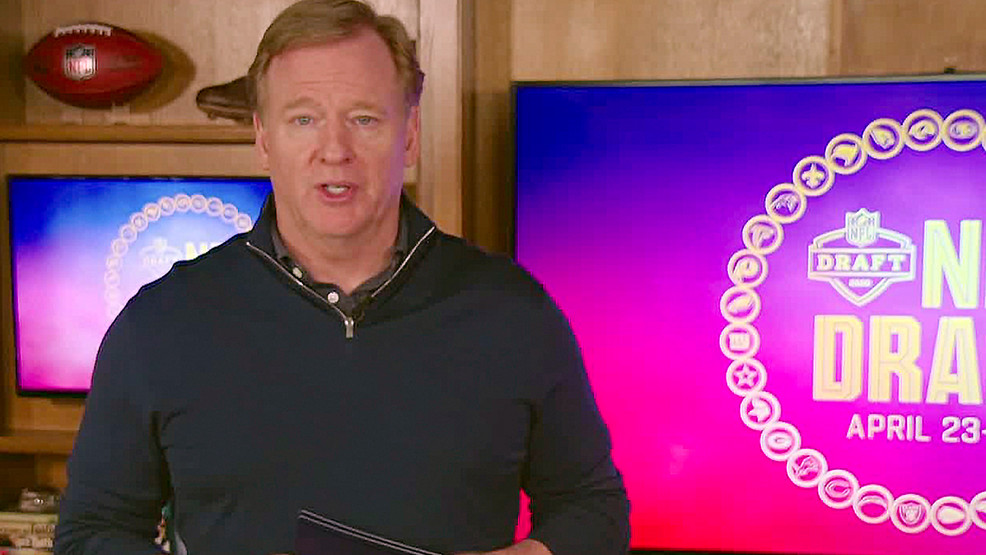 In this still image from video provided by the NFL, NFL Commissioner Roger Goodell during the NFL football draft, Saturday, April 25, 2020. (NFL via AP)

Commissioner Roger Goodell has reduced his salary to $0 and other NFL employees will be taking pay cuts or furloughs due to the coronavirus pandemic.

Goodell, who makes upward of $30 million a year from salaries and bonuses, voluntarily had his salary reduced this month, a person familiar with the move tells The Associated Press on Wednesday. The person spoke on condition of anonymity because the NFL has not announced the move publicly.

In a memo sent to league office staffers, Goodell also said no employee earning a base salary of less than $100,000 will be affected by these reductions, and no employee's salary will be reduced below $100,000 by the reductions.

"We hope that business conditions will improve and permit salaries to be returned to their current levels, although we do not know when that will be possible," Goodell said.