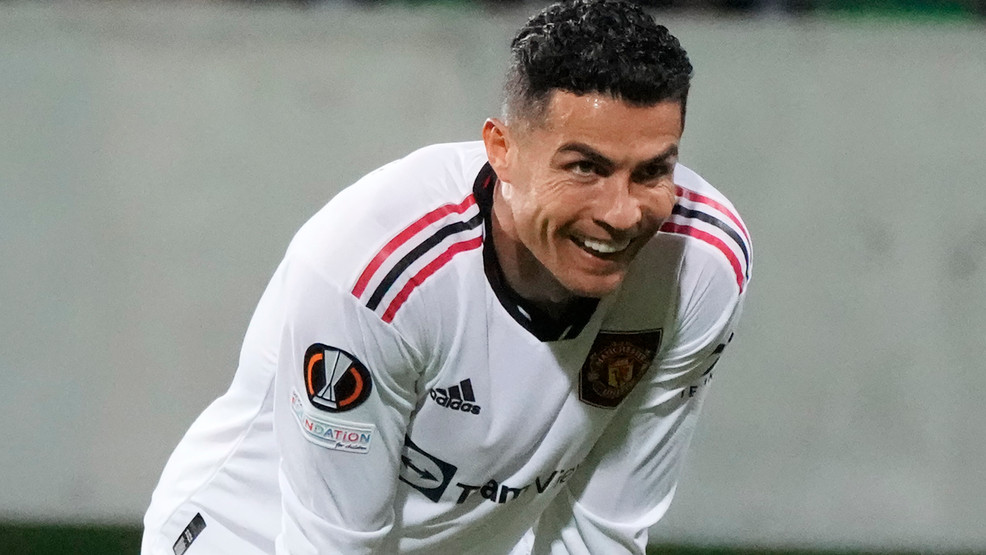 This year's World Cup apparently won't be the end for Cristiano Ronaldo.

The 37-year-old Portugal star said he is not considering retiring from international soccer in December after the tournament in Qatar, and plans to play at the 2024 European Championship.

I'm still motivated. My ambition is really high," Ronaldo said at an event late Tuesday after being recognized by the Portuguese soccer federation for his scoring feats. "I'm in a national team with a lot of youngsters. I want to be in the World Cup and at Euros. I want to make that commitment now."

Ronaldo earlier this year had already dismissed retirement talks when asked if the World Cup in Qatar would be his last.

The forward has been struggling at Manchester United and has not been an undisputed starter with the English club.

He is preparing with Portugal for Nations League matches at the Czech Republic on Saturday and against Spain at home three days later.

Winner of the inaugural edition of the Nations League in 2019, Portugal trails Spain by one point entering the final two games. Only the group winners will advance to the Final Four.