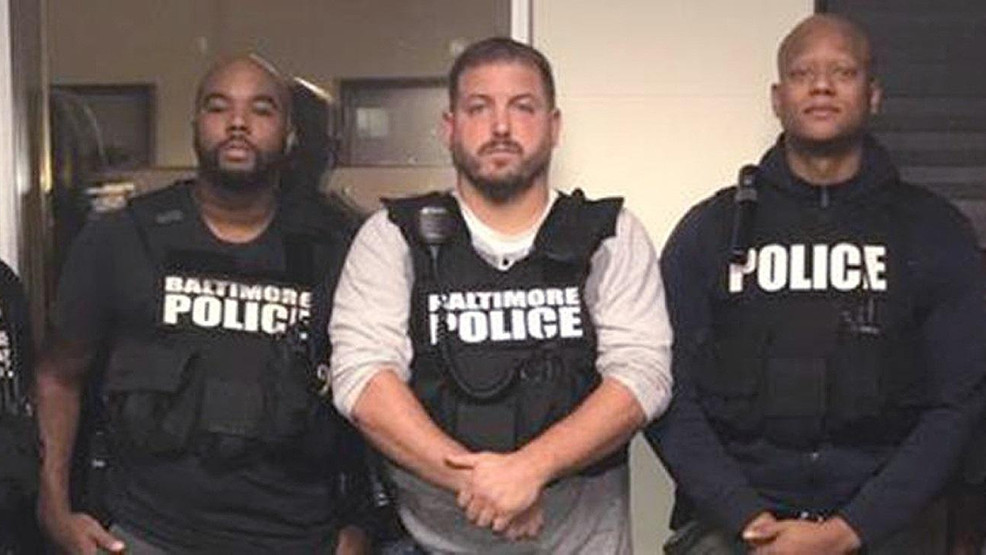 The ring leader of the squad Wayne Jenkins is currently serving the longest sentence out of the members federally indicted on charges including racketeering, robbery, extortion and overtime fraud.

Jenkins began his career with the Baltimore Police Department as a beat cop in the early 2000s.

He joined BPD's GTTF several years later and in 2016 took the helm of the GTTF as a sergeant within the department.

The next year eight members, including Jenkins, were indicted on federal charges. To date, 13 officers have been charged.

In some cases, the officers stole drugs and money.

In other cases, the group made arrests based on bogus charges that resulted in people being sent to jail for years.

The heaviest sentence was given to Jenkins.

The 41-year-old is currently serving a 25-year sentence in a low-security prison in Ashland, Kentucky.

Jenkins is scheduled for release in 2038.