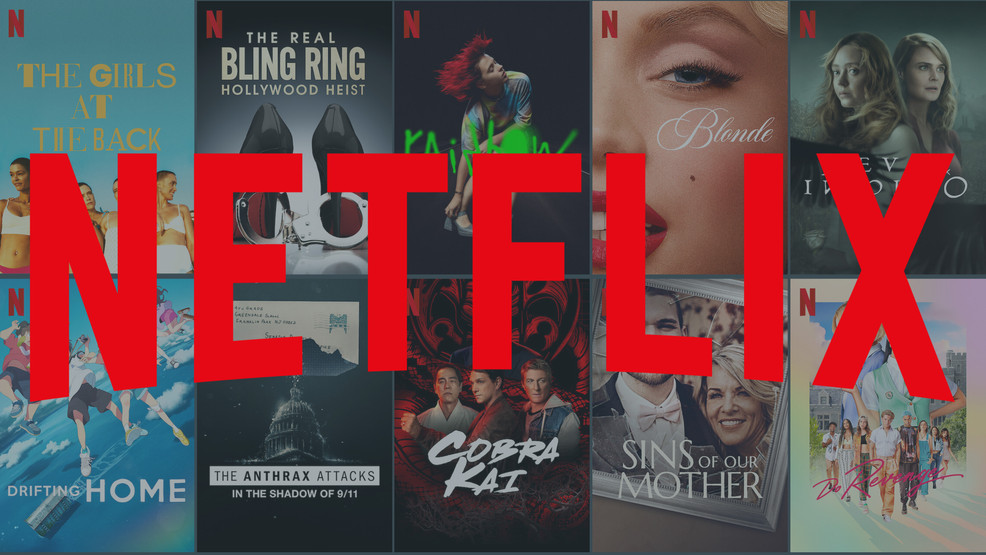 This summer's heat is relentless. In Salt Lake City we're breaking records left and right and the water situation has become so dire that a group is hosting a funeral for the Great Salt Lake. Yay us. It makes me want to curl up in the corner of a sunless room and escape to somewhere else. Maybe I'll watch some Netflix. Comfort binging "Lost Ollie" and "Stranger Things" might be on the menu. But it can't all be about looking backward.

So, here's what Netflix is highlighting for us in September.

I have to confess that I haven't made it past season 2 of Cobra Kai. Don't get me wrong, I liked what I saw. I've just had a few dozen of other things I had to get to. Watching Netflix shouldn't always be work. Still, I know how much a lot of you love the series. So, I'll include it in my six picks for the month. With October just around the corner, I'm a little tempted by "Devil in Ohio," but we'll have to see if I'm in the mood for a horror film come Friday. There's a lot of hype and sensationalism surrounding "Blonde" with Ana de Armas. But I don't know that I have the patience for a film that "blurs the lines of fact and fiction." Which is also the way I feel about "Thai Cave Rescue." I had hoped that it was a documentary. We've already seen a pair of dramatized versions of the story this year. Here are a few titles that I have or will be watching in September. Plus sometime someday this month The Great British Baking Show: Collection 10.

Studio Synopsis: COBRA KAI takes place over 30 years after the events of the 1984 All Valley Karate Tournament with the continuation of the inescapable conflict between Daniel LaRusso (Ralph Macchio) and Johnny Lawrence (William Zabka).

Following the shocking results of the All Valley Tournament, Season 5 finds Terry Silver expanding the Cobra Kai empire and trying to make his "No Mercy" style of karate the only game in town. With Kreese behind bars and Johnny Lawrence setting karate aside to focus on repairing the damage he’s caused, Daniel LaRusso must call on an old friend for help. (Avail. 9/9/22)

Studio Synopsis: From Oscar-nominated director Dan Krauss (Extremis, The Kill Team), The Anthrax Attacks tells the story of the 2001 anthrax attacks on the United States and one of the largest and most complex FBI investigations in the history of law enforcement. Five Americans were killed and at least 17 fell ill in what became one of the worst biological attacks in U.S. history, which followed one week after the September 11 terrorist attacks. Unfolding across America and beyond, it’s an incredible scientific tale of deadly poison, obsession, and paranoia, all told against the backdrop of the war on terror. Using a combination of interviews and scripted reenactments based on emails and FBI field notes, the documentary feature also shares shocking and heartbreaking stories from investigators, survivors and the families of those who were infected. Starring Clark Gregg as. Dr. Bruce Ivins, The Anthrax Attacks is a BBC Studios Production. (Avail. 9/8/22)

Sins of Our Mother

Studio Synopsis: Lori Vallow was known to friends and family as a devoted mother of three, a loving wife, and a woman of God. But over the past three years, something went very wrong: Now Lori is in jail, waiting to stand trial for conspiracy to commit murder and first-degree murder in connection with the deaths of her fourth husband, her fifth husband’s wife, and her two youngest children. For the first time, Lori’s surviving son Colby steps forward to provide exclusive insight into his family’s backstory as well as their present-tense narrative as Lori faces justice. At the heart of this three-part series is a single burning question: how did a seemingly normal woman become the most notorious mother in America? (Avail. 9/14/22)

Studio Synopsis: Drea (Camila Mendes) is at the peak of her high school powers as the Alpha it-girl on campus when her entire life goes up in flames after her sex tape gets leaked to the whole school, seemingly by her boyfriend and king of the school, Max (Austin Abrams). Eleanor (Maya Hawke) is an awkward new transfer student who is angered to find out that she now has to go to school with her old bully, Carissa (Ava Capri) who started a nasty rumor about her in summer camp when they were 13. After a clandestine run-in at tennis camp, Drea and Eleanor form an unlikely and secret friendship to get revenge on each other’s tormentors. (Avail. 9/16/22)

Studio Synopsis: Raised like brother and sister, Kosuke and Natsume have been friends since childhood, but their relationship begins to strain in sixth grade after Kosuke's grandfather Yasutsugu passes away. One day during their summer vacation, Kosuke and his classmates sneak into an apartment complex that is scheduled to be demolished, and rumored to be haunted. Both Kosuke and Natsume grew up there, so the place holds a lot of memories for them. There, Kosuke stumbles into Natsume and is asked if he knows about the mysterious Noppo. But suddenly, they get caught up in a mysterious phenomenon. When they regain consciousness, they see a vast ocean before them. As the apartment complex drifts in a mysterious sea with Kosuke and the others on board, they band together to try and survive. There are tears and fights, and maybe even reconciliation. Will they be able to return to their previous world? A summer farewell journey begins... (Avail. 9/16/22)

Studio Synopsis: Thinking she’d put her dangerous past behind her, Lou (Allison Janney) finds her quiet life interrupted when a desperate mother (Jurnee Smollett) begs her to save her kidnapped daughter. As a massive storm rages, the two women risk their lives on a rescue mission that will test their limits and expose dark and shocking secrets from their pasts. Academy Award winner Allison Janney and Emmy Award nominee Jurnee Smollett star in Lou, alongside Logan Marshall-Green and Ridley Asha Bateman. The film is directed by Anna Foerster from a screenplay by Maggie Cohn and Jack Stanley, with Bad Robot’s JJ Abrams, Hannah Minghella, and Jon Cohen producing. (Avail. 9/23/22)