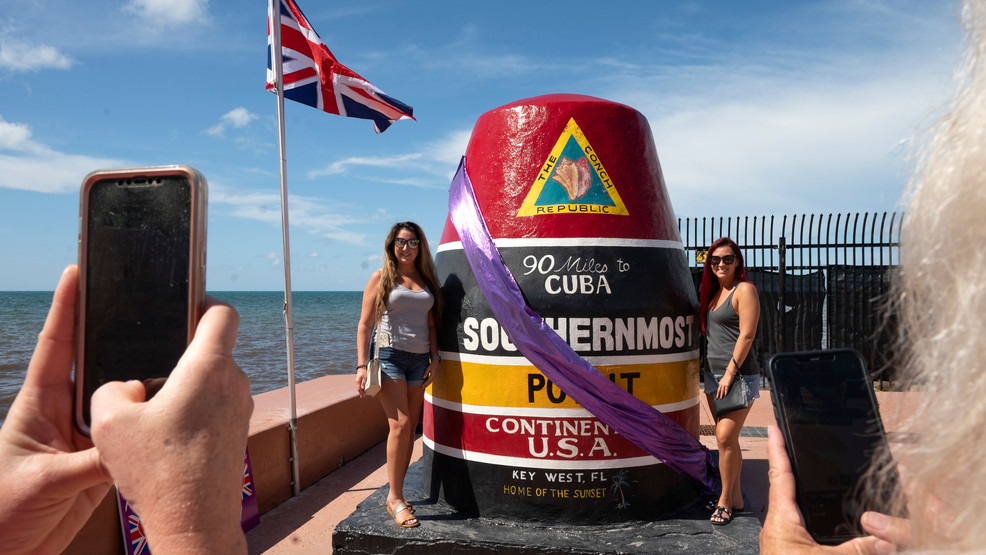 The Southernmost Point marker in Key West, Florida, a landmark delineating the continental United States' southernmost spot of land, became a memorial to Queen Elizabeth II on Friday when city workers installed a British flag and royal purple banner at the much-photographed site beside the Atlantic Ocean.

The tribute was particularly fitting because the long-reigning monarch, who died Sept. 8 at age 96, visited the Florida Keys in 1991.

"We do have a connection with the queen; we had the privilege of actually having her visit us," Key West Mayor Teri Johnston said.

"We join the world today in mourning the loss of such an incredible human being," Johnston said.

Queen Elizabeth and Prince Philip stopped at Dry Tortugas National Park and Fort Jefferson, 70 miles (113 kilometers) west of Key West in the Gulf of Mexico, on the royal yacht. They were welcomed by then-Florida Keys Mayor Wilhelmina Harvey, who presented them with a conch shell, an enduring symbol of the island chain.

The red, yellow, black and white Southernmost Point marker, a 20-ton concrete monument that resembles a giant marine navigational buoy, was installed in 1983 and has become a popular photo stop for travelers.

Plans call for the memorial to Queen Elizabeth to stay in place through her funeral on Monday,.