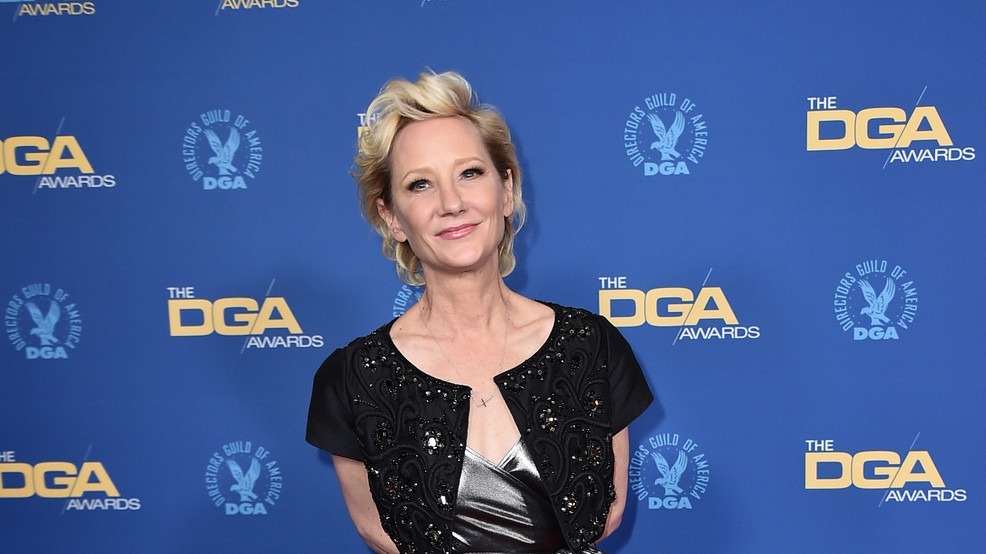 FILE - Anne Heche arrives at the 74th annual Directors Guild of America Awards on March 12, 2022, at The Beverly Hilton in Beverly Hills, Calif. Heche was in the hospital Saturday, Aug. 6, 2022, following an accident in which her car smashed into a house and flames erupted, a representative for the actor told People magazine. The representative, who was not identified, told the magazine that Heche was in stable condition a day after Friday's accident. (Photo by Jordan Strauss/Invision/AP, File)

The Los Angeles Police Department has ended its investigation into Anne Heche's car accident eight days after the actor crashed into a Los Angeles home.

As of today, there will be no further investigative efforts made in this case," the department announced Friday. "Any information or records that have been requested prior to this turn of events will still be collected as they arrive as a matter of formalities and included in the overall case. When a person suspected of a crime expires, we do not present for filing consideration.”

A representative for the "Six Days Seven Nights" star told TMZ Heche is "brain dead." Under California law, which is where her hospital is located, that is the definition of "death."

The representative added life support machines were keeping her heart beating for the purpose of preserving her organs for donations. However, they made it clear she has no brain function.

The 53-year-old actor had been on life support since Aug. 5. That morning, Heche's car slammed into a home in a west Los Angeles neighborhood. Her car erupted into flames while stuck inside the house.

According to a statement released Thursday night on behalf of her family and friends, Heche was "not expected" to live. She suffered what is called “severe anoxic brain injury,” an injury caused by a sustained lack of oxygen to the brain.

She is not expected to survive,” the statement said. “It has long been her choice to donate her organs and she is being kept on life support to determine if any are viable."

Earlier Thursday, police said they were investigating Heche for driving under the influence. Detectives with a search warrant took a sample of her blood and found narcotics in her system, LAPD spokesperson Officer Jeff Lee told The Associated Press.

Toxicology tests, which can take weeks to complete, must be performed to identify the drugs more clearly and to differentiate them from any medication she may have been given for treatment at the hospital.

Evidence is still being gathered from the crash, police said, and they would present a case to prosecutors if it is warranted when the investigation is complete. A representative for Heche declined to comment on the investigation.

Heche shot to stardom in the late 1990s. Her first gig was playing Vicky Hudson and Marley Love in the soap opera, "Another World," where she won a Daytime Emmy.

She then went on to land big roles playing opposite actors Johnny Depp in “Donnie Brasco” and Harrison Ford in “Six Days, Seven Nights”.

More recently, she had recurring roles on "Chicago P.D." and "All Rise," even snagging a spot as a contestant on "Dancing With the Stars" in 2020.

She also famously dated Ellen Degeneres in the late 90s.

The National Desk contributed to this report.