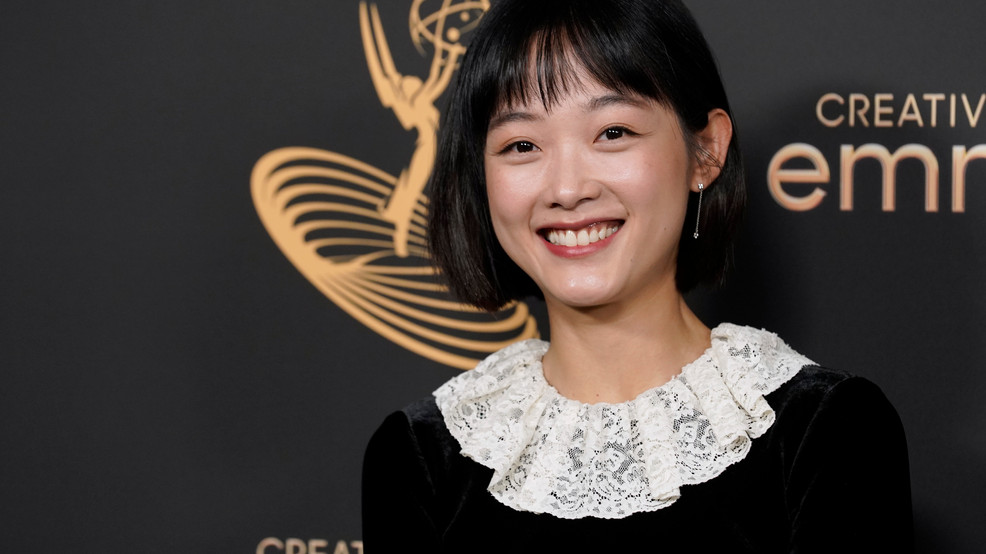 Lee Yoo-Mi poses in the press room with the award for outstanding guest actress in a drama series for "Squid Games" on night two of the Creative Arts Emmy Awards on Sunday, Sept. 4, 2022, at the Microsoft Theater in Los Angeles. (AP Photo/Chris Pizzello)

The honors were announced at the two-part weekend ceremony, which on Saturday had yielded multiple trophies for the special "Adele: One Night Only" and the documentary series "The Beatles: Get Back." Each won five awards.

The creative arts awards are a precursor to the main Emmy ceremony that will air at 8 p.m. EDT Sept. 12 on NBC, with "Saturday Night Live" cast member Kenan Thompson as host.

Lee won the drama series guest actress award for the role of ill-fated Ji-yeong in the South Korean drama, the first non-English language series Emmy nominee. Its rivals at next week's awards include "Succession" and "Ozark."

On the comedy series side, the winners were Metcalf for "Hacks" and Lane for "Only Murders in the Building." It's Metcalf's fourth Emmy after a trio for "Roseanne"; for Lane, it's his first after multiple nods for shows including "Frasier" and "Modern Family."

Other weekend winners included former President Barack Obama, who earned the best narrator Emmy for his work on the Netflix documentary series "Our Great National Parks."

—Actor in a short-form comedy or drama series: Tim Robinson, "I Think You Should Leave with Tim Robinson."

—Actress in a short-form comedy or drama series: Patricia Clarkson, "State of the Union."

—Short form nonfiction or reality series: "Full Frontal with Samantha Bee Presents: Once Upon a Time in Late Night."

—Directing for a documentary or nonfiction program: Peter Jackson, "The Beatles: Get Back."