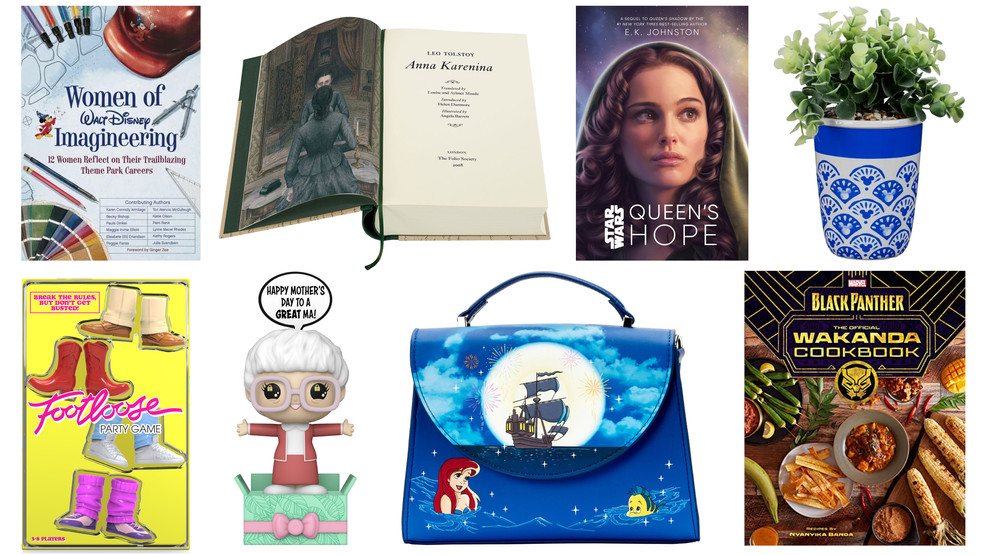 Somewhere along the way the idea that pop culture and genre fandom was made by men for men. I think Mary Shelley or Shirley Jackson, might have a thing or two to say about that. Geekdom, or whatever you'd like to call it, is universal. To celebrate, and help populate some gift-giving ideas before May 8, here's a look at some of the fun items that recently caught my eye.

Descriptions provided by the publisher, studio, or toy maker.

If you've looked through any of my gift guides, you'll know that I love The Folio Society's illustrated editions of classic and contemporary books. I love them so much that when I published a book about my childhood I used a stack of their books to explain my cover concepts for the hardcover edition. We live in a digital age, but that doesn't mean I've abandoned physical releases altogether. I'm just far more picky about what I'm going to put on my bookshelf. I'd recommend checking out their Marvel collaborations if you're shopping for a comic-inclined individual. Here are three new titles from their Spring Collection.