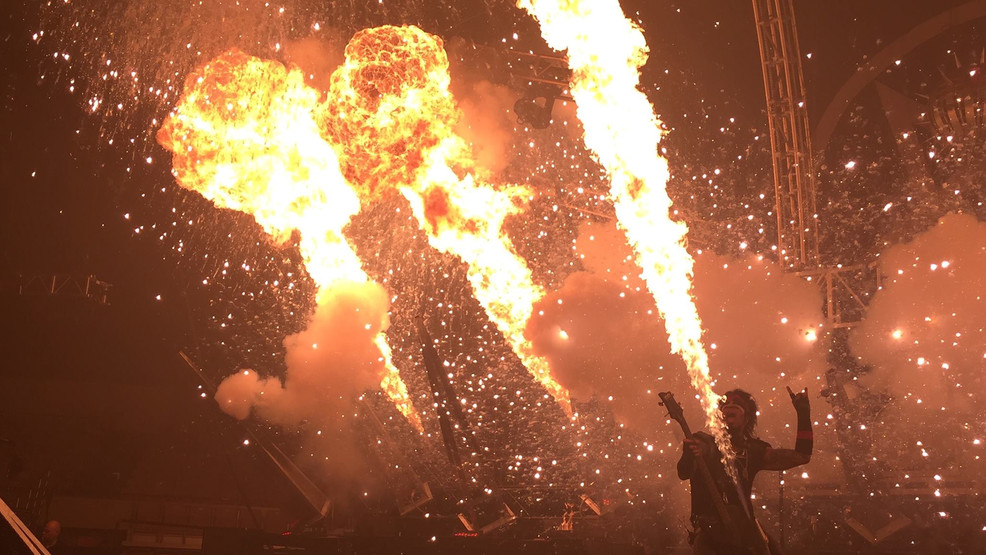 Mötley Crüe is back on the road and set to kick off a reunion tour.

The band called it quits in 2015 with its “Final Tour" but decided to reunite and announced a 36-city tour, with the first show in Atlanta Thursday night.

It will mark the rock band’s first concert in seven years.

Nikki Sixx, who is the band’s co-founder and bassist, is active on social media and has been sharing photos during the band’s rehearsals leading up to the tour.

One of his latest posts features a photo of him with his 2-year-old daughter, Ruby. He and Ruby are holding hands as the musician leads her on stage ahead of the first show.

In other posts, he wrote that he “can’t wait to get back on stage” with the band.

Mötley Crüe, which formed in California in 1981, also features Tommy Lee on drums, Mick Mars on guitar, and Vince Neil on lead vocals.

The band is known for hits such as "Kickstart My Heart," Dr. Feelgood," "Home Sweet Home," "Live Wire," and "Girls, Girls, Girls."

In 2019, Netflix released “The Dirt,” a biopic based on the band’s book of the same name.

Now, the band is ready to tour North America The following is a full list of dates and locations: