New digital and streaming release highlights for week of July 11-17, 2022 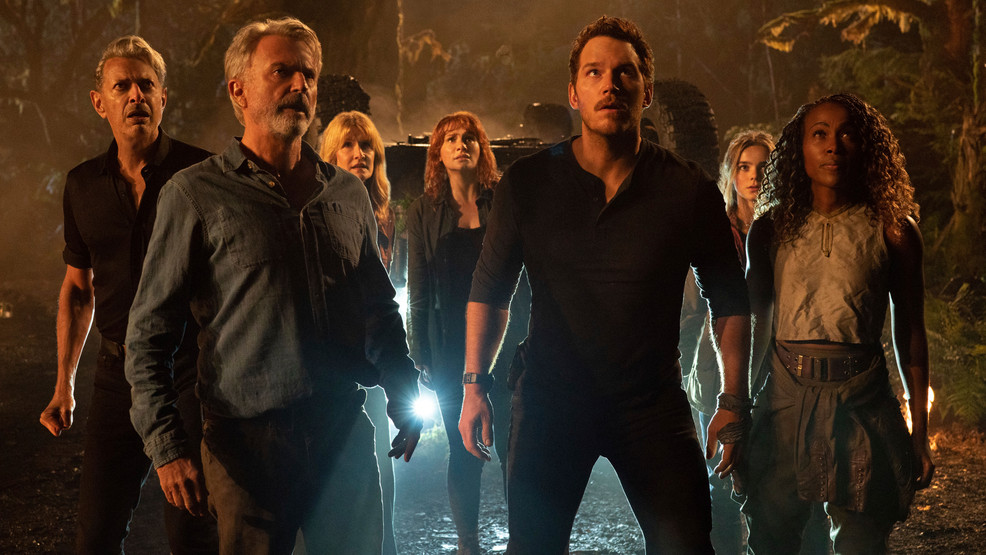 "Jurassic World: Dominion" has already racked up $876 million at the world box office and will be made available to purchase digitally on Thursday, a month after it debuted in North American theaters. That's an incredibly short turnaround, particularly when you consider that last weekend the film finished in fourth place at the box office with $8.5 million in ticket sales. It will be interesting to see if the theatrical numbers plummet.

Also available this week for digital purchase is "The Bob's Burgers Movie," a well-received theatrical spin-off of the television series, and a pair of indie horror films in "Glasshouse" and "Death Hunt."

On the physical release side of things television is the soup du jour as the latest seasons of "Batwoman," "Killing Eve," and "Star Trek: Lower Decks" make their way to Blu-ray and DVD. Those looking for a little nostalgia should note that Shout! Factory is releasing "The Six Million Dollar Man: The Complete Series," a Blu-ray set with all 100 episodes from the popular sci-fi series from the 1970s.

Jurassic World: Dominion - Dominion takes place four years after Isla Nublar has been destroyed. Dinosaurs now live—and hunt—alongside humans all over the world. This fragile balance will reshape the future and determine, once and for all, whether human beings are to remain the apex predators on a planet they now share with history’s most fearsome creatures.

The Bob's Burgers Movie - The story begins when a ruptured water main creates an enormous sinkhole right in front of Bob's Burgers, blocking the entrance indefinitely and ruining the Belchers’ plans for a successful summer. While Bob and Linda struggle to keep the business afloat, the kids try to solve a mystery that could save their family's restaurant. As the dangers mount, these underdogs help each other find hope and fight to get back behind the counter, where they belong.

Glasshouse - Confined to their glasshouse, a family survives The Shred, a toxin that erases memory. Until the sisters are seduced by a stranger who shatters their peace and stirs a past best left buried.

Death Hunt - A developer and his mistress, traveling to their weekend retreat, are taken hostage by a group of men and brought to a remote island. Here they fight for survival as the men release them into the wild and hunt them for sport.

Batwoman: The Third and Final Season - Season two was transformational for the Bat Team and the entire city of Gotham City with the arrival of Ryan Wilder as Batwoman. In season three, Ryan must now lead the Bat Team in stopping the next wave of villains created by the weapons lost in the Gotham River during the suspenseful season two finale. On top of everything, Ryan will have to battle these villains with Alice by her side! As a new generation of Rogues torments Gotham, Batwoman and Alice must work together to stop them, which is a predicament that threatens to upend the team’s existing dynamics for good.

Killing Eve: Season 4 - The story of two women with brutal pasts, addicted to each other but now trying desperately to live their lives without their drug of choice. For Villanelle, the assassin without a job, Eve is dead. For Eve, the ex-MI6 operative hiding in plain sight, Villanelle will never find her. All seems fine until a shocking and personal death sets them on a collision course yet again. The journey back to each other will cost both of them friends, family, and allegiances and perhaps a share of their souls.

Star Trek: Lower Decks: Season 2 - Developed by Emmy Award winner Mike McMahan (“Rick and Morty,” “Solar Opposites”), season two of the Emmy nominated series, STAR TREK: LOWER DECKS is bigger, funnier and Star Trekkier than ever before. Follow the adventures of our favorite Starfleet support crew in the U.S.S. Cerritos as they deal with changes in group dynamics, chasing promotions, and tons of sci-fi missions.

Montana Story - Two estranged siblings (Haley Lu Richardson, Owen Teague) return home to the sprawling ranch they once knew and loved, confronting a deep and bitter family legacy against a mythic American backdrop. From the acclaimed Writer/Directors Scott McGehee and David Siegel (What Maisie Knew, The Deep End) comes a neo-Western with an emotional tremor hiding beneath it.

The Twin - In the aftermath of a tragic accident where their son was killed, Rachel and Anthony decide to move to the other side of the world to focus on their surviving twin son Elliot. What begins as a time of healing and isolation in the Scandinavian countryside turns into a desperate battle for the very soul of their son, as an entity claiming to be his dead twin brother takes over Elliot — setting Rachel on a diabolical journey to unravel the horrible truth about Elliot's twin.

Summertime - In a tour de force of fearless vulnerability, Katharine Hepburn embodies the conflicting emotions that stir the heart of a lonely, middle-aged American tourist who is forced to confront her deep-seated insecurities when she is drawn into a seemingly impossible affair with a charming Italian shopkeeper (Rossano Brazzi) amid the ancient city’s canals and piazzas.

Raging Bull - Robert De Niro pours his blood, sweat, and brute physicality into the Oscar-winning role of Jake La Motta, the rising middleweight boxer from the Bronx whose furious ambition propels him to success within the ring but whose unbridled paranoia and jealousy tatter his relationships with everyone in his orbit, including his brother and manager (Joe Pesci) and gorgeous, streetwise wife (Cathy Moriarty).

Rough Cut - Jewel thief Jack Rhodes, a.k.a. "Jack of Diamonds," is masterminding a heist of $30 million worth of uncut gems. He also has his eye on lovely Gillian Bromley, who becomes a part of the gang he is forming to pull off the daring robbery. Chief Inspector Cyril Willis from Scotland Yard, however, is blackmailing Gillian, threatening her with prosecution on another theft if she doesn't cooperate in helping him bag the elusive Rhodes, the last jewel in his crown before the Chief Inspector formally retires from duty.

The Six Million Dollar Man: The Complete Series - Golden Globe nominee Lee Majors is "better, stronger, faster" in this incredible 100-episode, collection of the iconic series. When an aircraft crash leaves him barely alive, Colonel Steve Austin (Majors) is rebuilt with cutting-edge bionic technology. Now, atomic-powered limbs propel him at speeds of 60 mph, giving him the ability to overturn massive objects and take on America's most nefarious villains and their schemes.