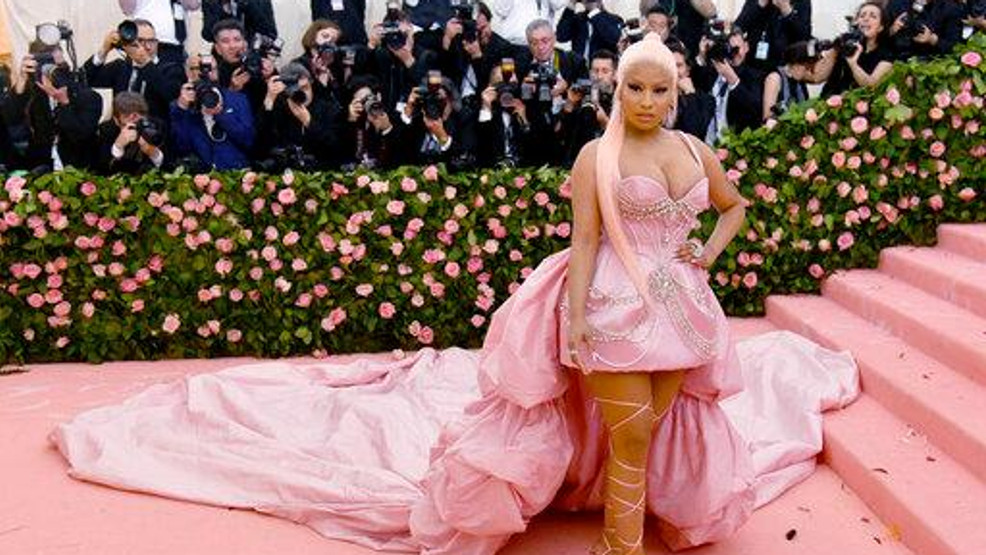 Nicki Minaj attends The Metropolitan Museum of Art's Costume Institute benefit gala celebrating the opening of the "Camp: Notes on Fashion" exhibition on Monday, May 6, 2019, in New York. (Photo by Charles Sykes/Invision/AP)

GAINESVILLE, Fla. (WGFL) — Social media has proven once again that, alongside celebrities, it has the power to influence those who medical experts have trouble reaching.

Case in point, Nicki Minaj. The Trinidadian rapper fanned the flames of controversy after taking to Twitter this week to share questionable information about the COVID-19 vaccines. Minaj tweeted to her more than 22.6 million followers, that the COVID-19 vaccines caused her cousin to be impotent.

The tweet instantly went viral among fans and critics. It even got the attention of British Prime Minister Boris Johnson as well as Dr. Anthony Fauci. The nation's leading coronavirus authority swiftly denied the notion that the vaccine affects the reproductive system.

Dr. Fauci also expressed concern, that Minaj was using her social media platform to spread misinformation. In an interview with CNN Monday, Fauci said Minaj "should be thinking twice about propagating information that really has no basis as except a one-off anecdote."

Minaj's widely seen comments prompted the White House to reach out to the 38-year-old star and invite her to discuss her stance with health experts. On Wednesday, Minaj said she accepted the invitation and previewed her outfit for the event.

The tweet also prompted a group of her fans to launch a protest outside the Centers for Disease Control and Prevention headquarters in Atlanta on Wednesday. One outspoken supporter insisted, "We should all question this vaccine."

The uproar came as the Biden administration continued to hammer home the importance of getting a vaccine in hopes of stopping the virus.

Minaj claims the brewing backlash also prompted Twitter to lock her account, so she continued her thoughts on other social media platforms. On Thursday, Twitter denied the allegation.