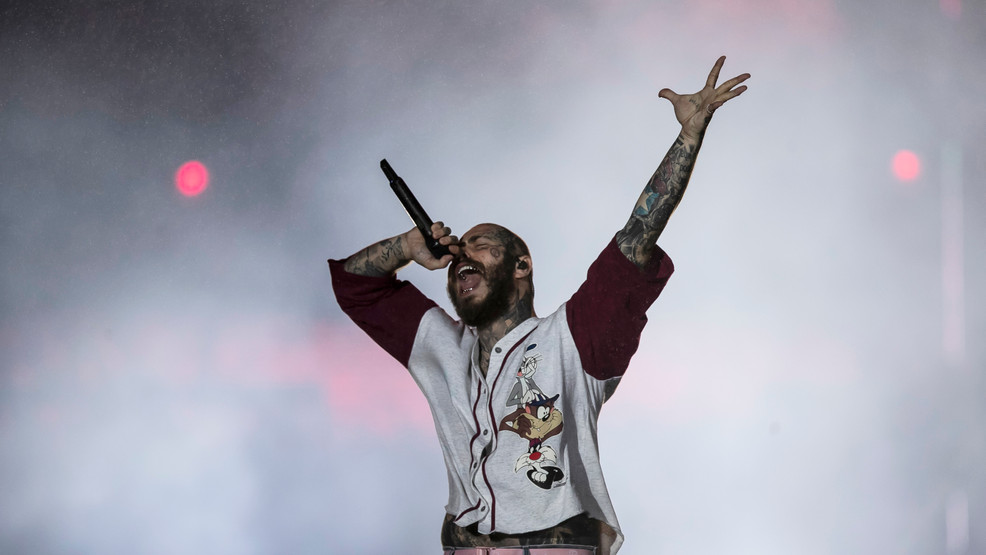 Post Malone went to the hospital again Saturday after experiencing what he described on social media as difficulty breathing and stabbing pain, forcing him to postpone a scheduled show in Boston.

It was the second time in about a week that he went to the hospital. He was treated for bruised ribs after falling into a hole on stage at the Enterprise Center in St. Louis last weekend.

"On tour, I usually wake up around 4 o'clock PM, and today I woke up to a cracking sounds on the right side of my body," he wrote on Twitter on Saturday. "I felt so good last night, but today it felt so different than it has before. I'm having a very difficult time breathing and there's like a stabbing pain whenever I breathe or move."

He pledged to reschedule the show.

"I love y'all so much. I feel terrible, but I promise I'm going to make this up to you. I love you Boston, I'll see you soon," wrote the singer, whose real name is Austin Richard Post.

The venue, TD Garden, said in a tweet that the show was "postponed due to unforeseen circumstances" and tickets for Saturday's show would be honored for a rescheduled date.

Malone is scheduled to perform in Cleveland on Tuesday.