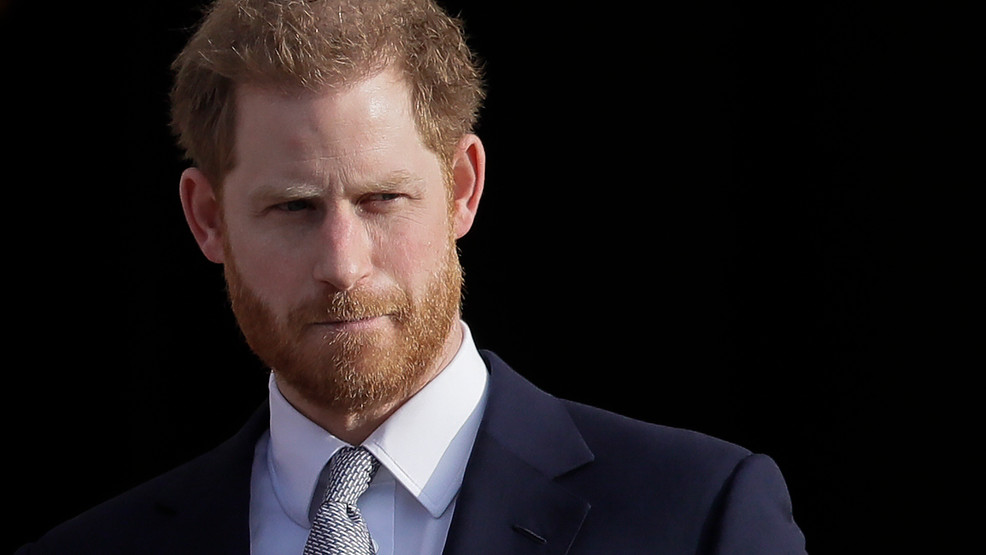 FILE - In this Thursday, Jan. 16, 2020, file photo, Britain's Prince Harry arrives in the gardens of Buckingham Palace in London. Prince Harry has accepted an apology and damages from the publisher of British tabloid The Mail on Sunday and its online version, it is reported Monday Feb. 1, 2021, in a libel lawsuit relating to articles about his relationship with the British armed forces. (AP Photo/Kirsty Wigglesworth, File)

LONDON (AP) — Prince Harry on Monday accepted an apology and damages from the publisher of British tabloid The Mail on Sunday and its online version, MailOnline, in a libel lawsuit relating to articles about his relationship with the British armed forces.

Harry sued Associated Newspapers for libel over two articles published in October which claimed he had snubbed the Royal Marines after stepping down as a senior royal.

The articles claimed that Harry had “not been in touch” with the force since his last appearance as an honorary Marine in March, and that military leaders were considering replacing him as Captain General of the Royal Marines.

Harry had served for a decade in the British army. His lawyers said in court documents that he was “frustrated and saddened” because the articles would diminish his credibility with veterans.

Harry and his wife, Meghan, stepped down as working royals and moved to the U.S. in early 2019. His honorary military titles were put on hold, and they were due to be reviewed in March as part of the monarchy’s review of the couple’s departure arrangements.

Lawyer Jenny Afia, representing Harry, said the publisher has accepted that allegations that he had turned his back on the force were false.

The articles were “baseless, false and defamatory” and “constituted not only a personal attack upon the Duke’s character but also wrongly brought into question his service to this country,” Afia said.

She said Harry was “proud to have served in the British armed forces for 10 years in Her Majesty’s name” and “has maintained active links with those forces ever since and will continue to do so in the future."

After the brief remote hearing, a spokesman for Harry said his “commitment to the military community is unquestionable.”

The Mail on Sunday printed an apology in December but it wasn't enough to stop the lawsuit.

Harry will donate the damages to the Invictus Games Foundation, a charity for wounded or sick servicemen and women that he founded, she added. The amount of the damages was not disclosed.

Separately, Meghan is also suing Associated Newspapers for invasion of privacy and copyright infringement over articles that published portions of a letter she wrote to her father, Thomas Markle, after her marriage to Harry in 2018.