by JACKSON SINNENBERG | The National Desk 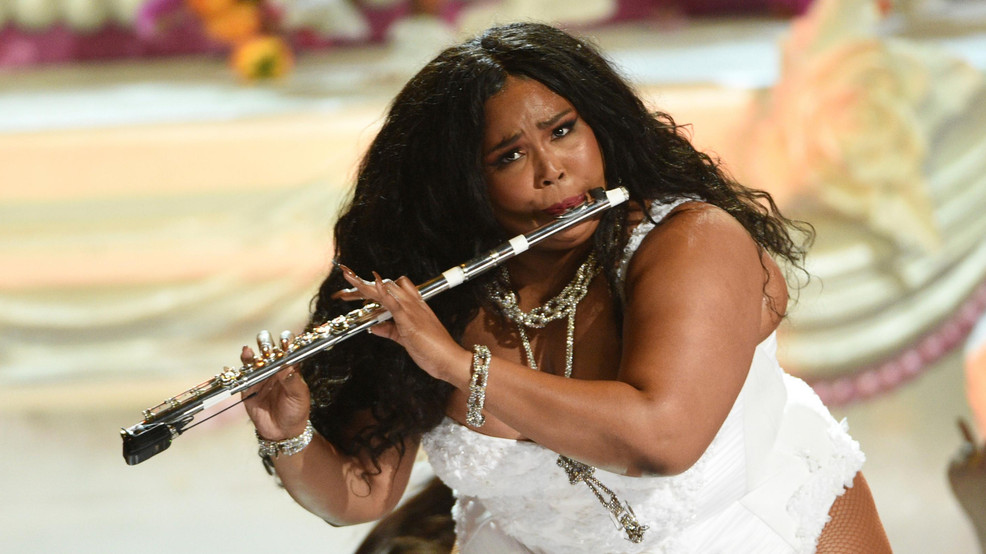 What do President James Madison and GRAMMY-winning, chart-topping pop sensation Lizzo have in common? A love of flutes, apparently.

At a show at Washington, D.C.’s Capital One Arena on Tuesday, September 27, the 34-year-old rapper and singer treated the crowd to a particularly capital performance, playing an enchanting, albeit brief, solo on a 200-year-old crystal flute once owned by the fourth president. By all records, Lizzo, born Melissa Viviane Jefferson, is the first person to ever play the artifact.

On the Friday before Lizzo’s concert, September 23, Carla Hayden, the Librarian of Congress, tempted the “Juicy” singer by tweeting several images of the Library of Congress’ flute collection and inviting her to come play a few of them. She did just that this past Monday, and tweeted brief footage of her time in the collection Wednesday afternoon, including a jovial turn on President Madison’s crystal flute.

Lizzo has been playing the flute since grade school and regularly incorporates dazzling, breezy solos into her live shows – there’s a great example of her work on the woodwind from her 2019 NPR Tiny Desk Concert.

Patrons noted Lizzo’s presence in the Library on Monday the 26th and the Library teased Lizzo’s appearance in the archives with a tweet on Tuesday, posting an image of Lizzo with a taped-on sign reading “Flute Guest” in all caps. Hayden then presented Lizzo with the Madison flute onstage at the Capital One Arena, drawing it forth from a padded case like a sword from Arthurian legend (as can be seen in the tweeted video below). After her whimsical solo, she returned the presidential artifact to its handlers and returned to the mic, uttering “B***h, I just twerked and played James Madison's crystal flute from the 1800s. We just made history tonight!”

The flute itself – according to a 2018 Library of Congress blog post by Wendi Maloney, a writer-editor in the Library’s Office of Communications – was made by renowned Parisian watchmaker and mechanic Claude Laurent, who patented the idea of his “flute en cristsal” in 1806; he won a silver medal at the Paris Industrial Exposition the same year for the new instrument. These flutes were known for their ornate design, delicately cut patterns and jewel-encrusted keys. “Madison’s flute is distinctive in that Laurent made it specifically for him in honor of Madison’s second inauguration,” Maloney writes for the Library of Congress. “Its glass is styled in a way that Laurent seems to have reserved for especially illustrious figures, and its silver joint is engraved with James Madison’s name and title and the year the flute was made: 1813.”

In 2018, Maloney noted that only 185 Laurent flutes still survived, and those truly made of crystal are few and rare among that number. That such an artifact survived and made its public debut to a crowd of thousands of people in Washington, D.C. in Lizzo’s hands, is truly a moment in national and music history.