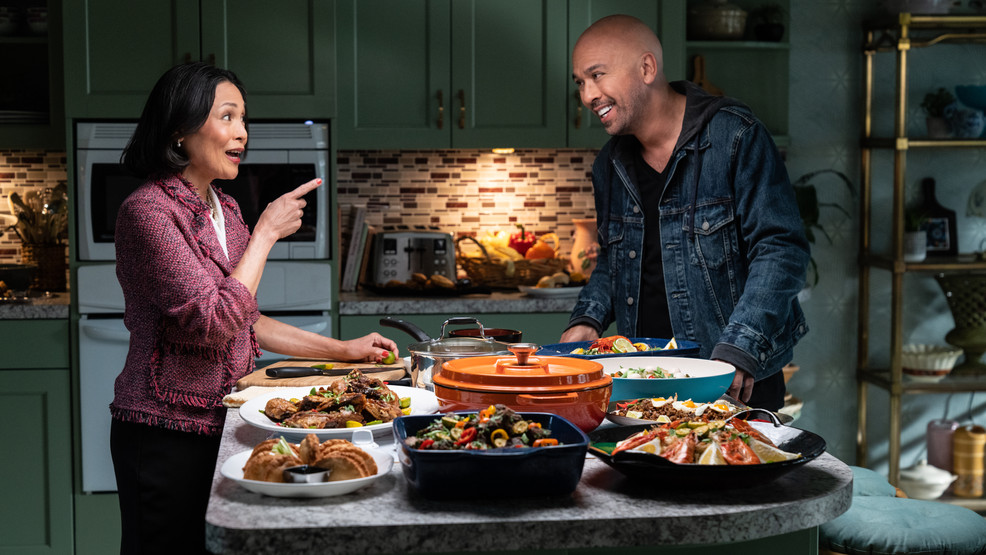 Review: I went into “Easter Sunday” mostly blind. Jo Koy and I don’t tend to hang out in the same circles, and I only knew his name because he is headlining at a local theater in November. I hadn’t even looked to see what it was rated. All I knew was that it was a film about a man with Filipino heritage who returns home for Easter Sunday. That’s essentially, if you substitute Easter with Thanksgiving, the premise of “Krisha,” “My Winnipeg,” or possibly “Knives Out.” “Easter Sunday” isn’t anything like those films.

The style is more like a sitcom than it is cinema verité, fever dream hallucinations, or a murder mystery. It’s not vulgar or confrontational. It’s purposely approachable. A film that can and probably will appeal to a wide audience.

When writers Kate Angelo and Ken Cheng focus on the family dynamics of Jo’s relationships with his son, ex-wife, mother, siblings, aunts, and cousins the film, while embellished, feels like it is coming from a place of truth and an honest love for what makes the Filipino-American community unique. I suspect that most audiences would be able to recast the film with their own relatives. I don’t know that my family’s film would end with karaoke (it wouldn’t), but we get incredibly competitive when it comes to board games.

Where “Easter Sunday” goes a bit off the rails is that it inserts a subplot about dangerous people being owed a large amount of money that they intend to recoup by the end of the evening. It allows for some action, a few cameos, and a few good jokes, but it shifts the film’s focus off the uniqueness of the family and their traditions to tell a version of a story that we’ve seen dozens of times before. It's s

It’s all entertaining, but it works best when the story is about the family and not Manny Pacquiao’s boxing gloves.

There’s a particularly good scene between Jo’s son Junior (Brandon Wardell) and Ruth (Eva Noblezada), a potential love interest, where Ruth cuts through all of Junior’s white noise and anger and changes the way he sees his life. It’s a conversation that so many young people need to have.

I’d prefer something closer to Lulu Wang’s “The Farewell,” but that’s not really Koy’s thing and it certainly wasn’t the kind of film that the filmmakers were trying to make. Maybe it should have been.