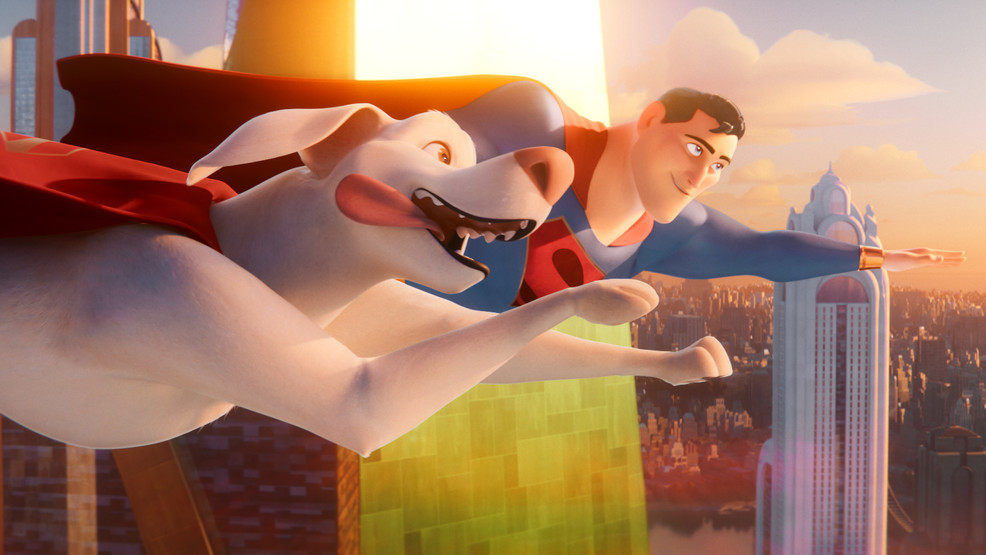 SALT LAKE CITY (KUTV) – Studio Synopsis: Krypto the Super-Dog and Superman are inseparable best friends, sharing the same superpowers and fighting crime side by side in Metropolis. However, when the Man of Steel and the rest of the Justice League are kidnapped, Krypto must convince a ragtag group of animals to master their own newfound powers for a rescue mission.

Review: I think it would be fair to say that capitalism is the primary reason “DC League of Super-Pets” exists. Most DC’s recent superhero films haven’t been made with children in mind. They’ve grown up. Maybe too much. So, “Super-Pets” exists to reclaim those younger audiences and to sell some toys.

It isn’t the first time, and it won’t be the last.

I suppose, for the sake of clarity, I should point out that I recently bought a package of Goldfish crackers because Grogu (Baby Yoda) was on the packaging. I’m not entirely cynical about or immune to merchandising. I grew up in the 1980s, the decade that perfected tie-ins. There was nothing I loved more than playing with Star Wars, He-Man and G.I Joe figures in the unfinished basement in winter or the flowerboxes come spring.

“Super-Pets” is commercial, but not soulless. The story introduces audiences to Krypto, Superman’s dog who journeyed with him to Earth from Planet Krypton when he was a child. After some excruciating cute moments, we jump forward a few decades and find Krypto playing third wheel to Clark Kent and Lois Lane. Krypto is oblivious to the way his relationship with Superman is changing. Oblivious until someone points it out to him.

At this point “Super-Pets” could become a comedy where Krypto goes to no end to disrupt his owner’s relationship. The writers, however, have something else in mind as the whole of the Justice League (Wonder Woman, Batman, Cyborg, The Flash, and Superman) are kidnapped by Lulu, a hairless guinea pig, and Lex Luthor.

Krypto, who happens to have the superpowers of his owner, sets out to rescue Superman with the help of a group of rescue pets (a dog, a pig, a squirrel, and a turtle) with unique superpowers. The narrative you’d expect just rolls on from there.

I prefer “Super-Pets” to “Minions: The Rise of Gru” and “Paws of Fury: The Legend of Hank,” but it’s not necessarily the best film of the batch. They’re all pretty much on the same level. The animation is good. The voice cast is star packed with the likes of Dwayne Johnson, Natasha Lyonne, Kevin Hart, Kate McKinnon, and Keanu Reeves. It’s not as smart or as fun as “Spider-Man: Into the Spider-Verse.” Few films are. I’m extremely confident that children under the age of 13 are going to enjoy the film. For teens and adults, intermittent enjoyment is likely, but not guaranteed.