Review: 'Luck' aims for otherworldly, lands somewhere in the backyard 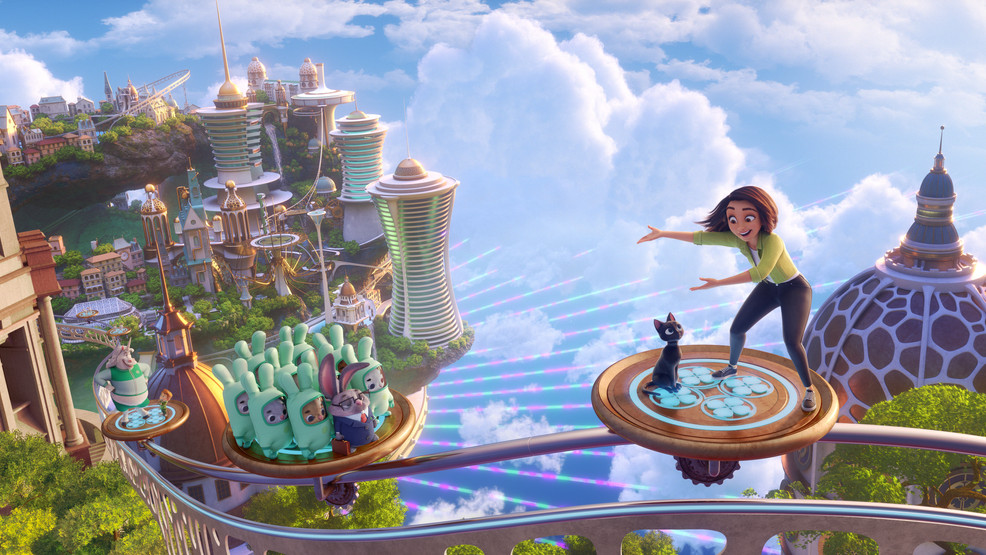 SALT LAKE CITY (KUTV) – Studio Synopsis: The story of Sam Greenfield, the unluckiest person in the world, who when she stumbles into the never-before-seen Land of Luck, sets out on a quest to bring some good luck home for her best friend. But with humans not allowed, her only chance is teaming up with the magical creatures who live there to do it.

Review: The ad campaign for “Luck” has banked heavily on the previous success of producer John Lasseter’s time at Pixar and Disney Animation Studios. It’s an impressive resume that also includes its share of alleged sexual misconduct. As a journalist, I have to acknowledge that. I’ll leave my ethical quips aside for the moment and just focus on the film itself.

“Luck” tells the story of Sam Greenfield (voiced by Eva Noblezada), the unluckiest orphan in the world, who has aged out of the foster system. Though she did not find a “forever family,” Sam has been an older sister to orphaned Hazel (Adelynn Spoon). Being forced into adulthood is not nearly as painful as leaving Hazel.

Sam, despite her penchant for ruining anything and everything she touches, is well-liked by everyone she meets. Her opinion of herself isn’t as forgiving.

When Sam finds a penny on the sidewalk, her luck suddenly changes. Her clumsiness remains but the storm clouds that followed her are transformed into sunshine. Sam deicides that she is going to give the penny to Hazel to guarantee that she is adopted. But Sam accidentally flushes the penny down the toilet. In her attempt to find another, Sam discovers that the penny was lost by its previous owner, Bob (Simon Pegg), a black cat who she shared a sandwich with. Obsessed with recovering the penny for Hazel, Sam chases Bob down the rabbit hole (it’s a shamrock shaped portal) and discovers a city blessed with luck and joy and its sister city, a place burdened with the weight of disappointment and failure.

Written by Kiel Murray (“Cars”) with Jonathan Aibel, and Glenn Berger, longtime writers at DreamWorks Animation, and director Peggy Holmes are working from established tropes. Making Sam and Hazel orphans is a way to make them sympathetic characters. It also helps to establish what is at stake; if Sam doesn’t find another lucky penny, Hazel will never be adopted.

Simple, but not entirely effective. The bond between Sam and Hazel feels less like a relationship and more like a plot device. Its a shortcut to get to the magical sheen of the Land of Luck (it's no Oz). The best Pixar films have excelled at getting audiences to care about their protagonists in a personal way. It’s pure fantasy presented in a way that feels grounded to the world that exists outside of the movie theater. You carry parts of those films with you into the real world. The lessons learned don’t feel trite or forced.

“Luck” doesn’t do that. Its themes are too obvious. Its narrative and characters too simple. It’s mediocre in a way that makes it watchable and completely forgettable. There’s no real sense of wonder to the Land of Luck and in its rush to examine the dangers of totalitarianism it forgets to offer the audience the illusion of an utopian society. It’s far too apparent that a life without failure is a life without consequence.

Maybe asking audiences to compare “Luck” to “Toy Story” is a bad idea. A mediocre film always looks worse when it tries to go toe to toe with a masterpiece.