Review: 'Marcel the Shell with Shoes On' is the smartest, cutest family film of 2022 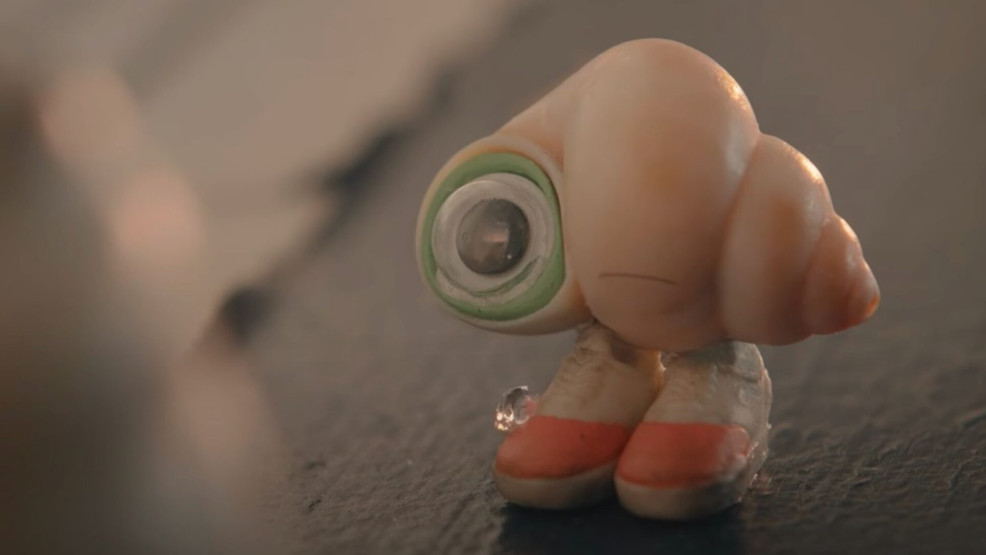 Marcel the Shell with Shoes On (Photo: A24)

SALT LAKE CITY (KUTV) – Synopsis: The story of Marcel, a mollusk with a googly eye and pink shoes, as he tries to take care of his grandmother while also searching for his family who disappeared years before.

Review: My most vivid childhood memory of stop-motion animation is Sesame Street’s “Teeny Little Super Guy.” He was a bald man dressed in yellow painted on the side of a plastic cup who scooted around a kitchen visiting friends (who were also painted on the sides of cups and mugs) and offering advice. It was one of my favorite reoccurring segments. Of course, there was also Gumby and Rudolph. In time there was also Jack Skellington, Wallace, Gromit, Alice, Tom Thumb, Coraline, James and his giant peach and dozens more.

“Marcel the Shell with Shoes On” takes me back to the beginning where I was threequarters innocence, curiosity, and imagination. Back to when the world was filled with wonder and unburdened hope. Back to when I was fully aware that there was darkness, horror, and loss but chose to focus on goodness and light.

Marcel is a small shell with one googly eye and a pair of pink shoes. He lives in a house with his grandmother, a larger shell with a googly eye, and a human filmmaker named Dean. Marcel longs to reunited with his family who he believes were accidently scooped up by one of the previous occupants of the home when he hastily cleared his clothes from dresser drawers after a fight with his girlfriend.

So, Marcel goes on with his life by taking care of his grandmother and trying to think of a way to reunite him with his missing family. Dean documents Marcel’s unusual routines and posts short films on the internet without any expectations. And then Marcel becomes a viral sensation. An opportunity to use his newfound popularity to locate his family arises. Unfortunately, Marcel has a thing or two to learn about fame.

There are many lessons taught in “Marcel the Shell with Shoes On.” None of them are heavy handed.

I smiled my way through this tiny 90-minute film. I laughed, completely won over by the overt cuteness and the not as obvious substance of Marcel’s journey. On the surface the movie is considerably strange, but no stranger than talking trash pandas and a world overrun by massive grasshoppers. “Marcel the Shell with Shoes On” is subtly smart. It might also be the most quotable film of the year. Marcel spouts wisdom like an Eastern philosopher.

I’m sure there will be people who think “Marcel the Shell with Shoes On” is intolerable. They’ll shout, “He doesn’t even have arms!” And I’ll respond, “You don’t have any imagination.” They might not even have a soul.