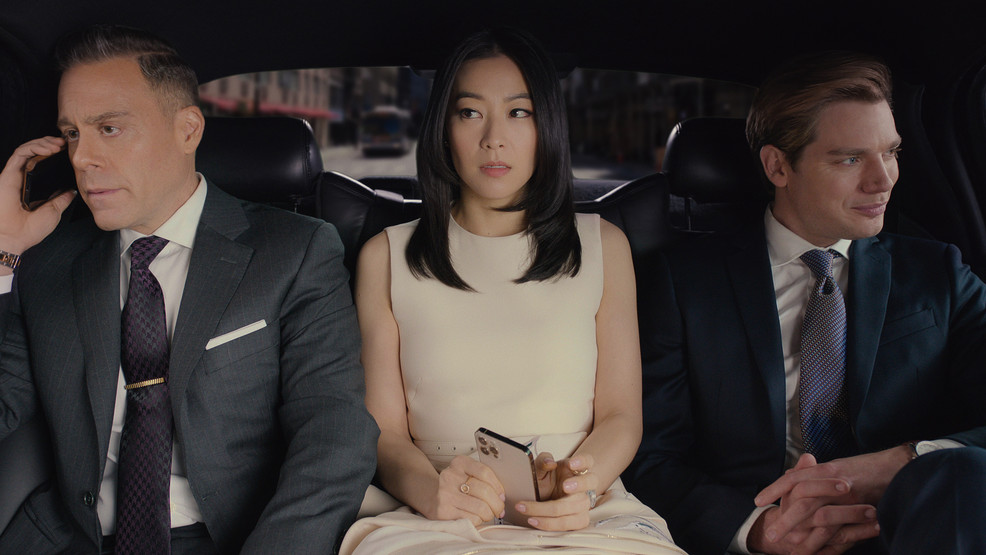 Studio Synopsis: Ingrid Yun (Arden Cho), a 1st generation Korean American and the first lawyer in her family, experiences the trials and tribulations of excelling at the prestigious (but old school) law firm, Parsons Valentine. With the support of her friends, she battles through workplace challenges to break through the glass ceiling on her path to become partner. But will her drive and ambition leave room for love?

Review: Initially "Partner Track" feels pretty much like any inner-office drama you’ve already watched. The slight difference being that the majority of the main characters are minorities trying to become partners in a prestigious law firm. It’s a soapy drama that devotes as much time to personal (love) life as the workplace dynamic.

Considering the Asian-American lead, I expected something that felt culturally different. Not that discrimination has to come in different flavors. But I hoped for something different, that felt relevant to the contemporary world. I wanted to learn something.

Around the fifth episode, "Partner Track" shifts slightly and begins to not only acknowledge the inequalities but also begins to explore a variety of moral and ethical questions. There’s still a soap opera feel, but now decisions have actual repercussions, and the series is all the better for it.

The cast is charming, particularly the core of Cho, Alexandra Turshen and Bradley Gibson. I absolutely hated Nolan Gerard Funk's performance as Dan Fallon and Dominic Sherwood as Jeff Murphy. That's intended as a compliment. You're absolutely supposed to hate Dan. I dislike Jeff purely on the principle of being Team Nick Laren (portrayed by Rob Heaps). Well, there are other reasons, but you'll have to watch to figure those out.

"Partner Track" doesn't reinvent the wheel but it does update the tread as the story blazes into less traveled roads.