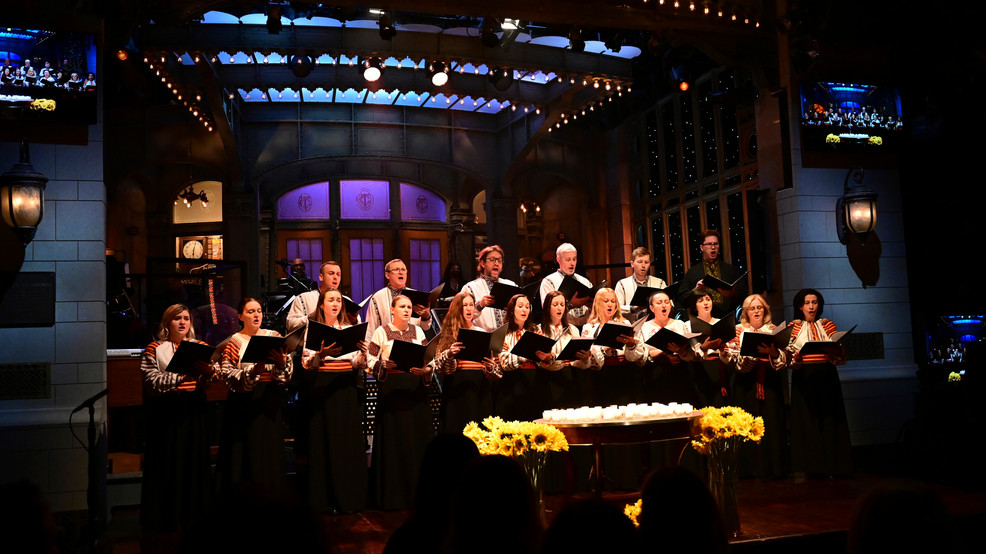 This photo provided by NBC shows Ukrainian Chorus Dumka of New York performing "Prayer for Ukraine" during the opening of “Saturday Night Live” on Saturday, Feb. 26, 2022. (Will Heath/NBC via AP)

NEW YORK (AP) — "Saturday Night Live" normally kicks off each show with some humor, but the comedy sketch series opened with a tribute performance to Ukraine amid the ongoing Russian invasion.

The Ukrainian Chorus Dumka of New York performed a "Prayer for Ukraine" during the opening of "SNL" on Saturday. Cast members Kate McKinnon and Cecily Strong introduced the choir.

The choir sang the melancholy tune in front of a live audience and a table of candles that spelled the name of Ukraine's capital city, Kyiv.

Russian troops launched an attack on Ukraine this week. The ongoing invasion involves explosions and airstrikes on the city.