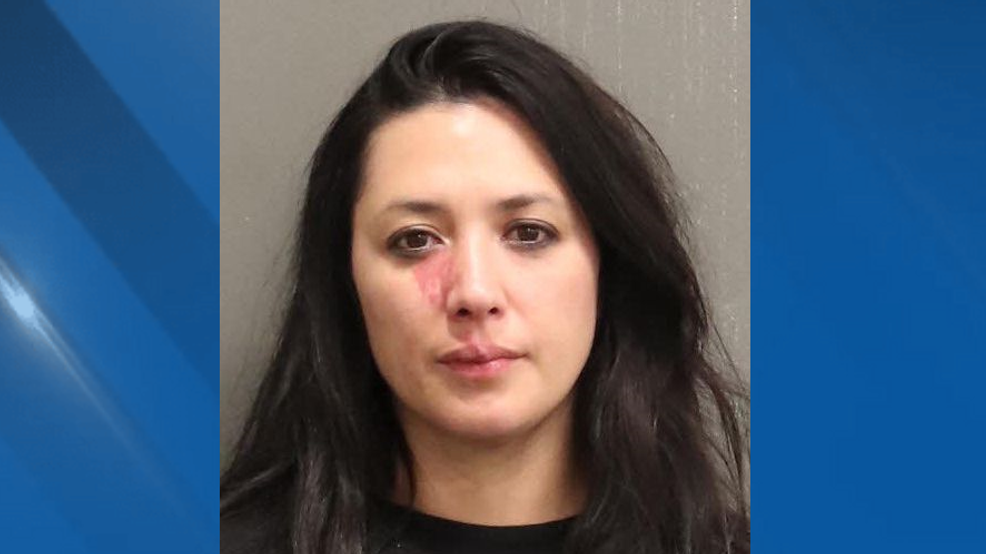 Authorities say singer-songwriter Micelle Branch has been arrested on domestic assault charges after police were called to a home for a domestic disturbance in Tennessee on Thursday, Aug. 11, 2022. (Metro Nashville Police Department)

Singer-songwriter Michelle Branch has been arrested on domestic assault charges after police were called to a home for a domestic disturbance in Tennessee on Thursday.

According to an affidavit, the Metro Nashville Police Department responded to the call around 2:08 a.m. EDT in Forest Hills.

Police said Branch, 39, told officers that she and her husband, Patrick Carney, were having marital issues and had been arguing.

The argument escalated and Branch admitted to slapping Carney in the face one or two times.

Carney, who plays drums for the band The Black Keys, told police he was slapped during the argument.

Police said they did not observe visible injuries on Carney.

Branch was taken into custody without incident.

The altercation occurred less than 24 hours after news broke that the couple was separating.

To say that I am totally devastated doesn't even come close to describing how I feel for myself and for my family. The rug has been completely pulled from underneath me and now I must figure out how to move forward," Branch said in a statement to PEOPLE. "With such small children, I ask for privacy and kindness."

PEOPLE noted that Branch tweeted and then deleted a post in which she accused Carney of cheating on her while she was home with their 6-month-old baby.

The couple got married in 2019. Their family includes Branch's 17-year-old daughter, Owen Isabelle, from her first marriage, as well as their son Rhys James, 4, and a daughter named Willie Jacquet, who was born in February.

The National Desk's Jessica A. Botelho contributed to this report.