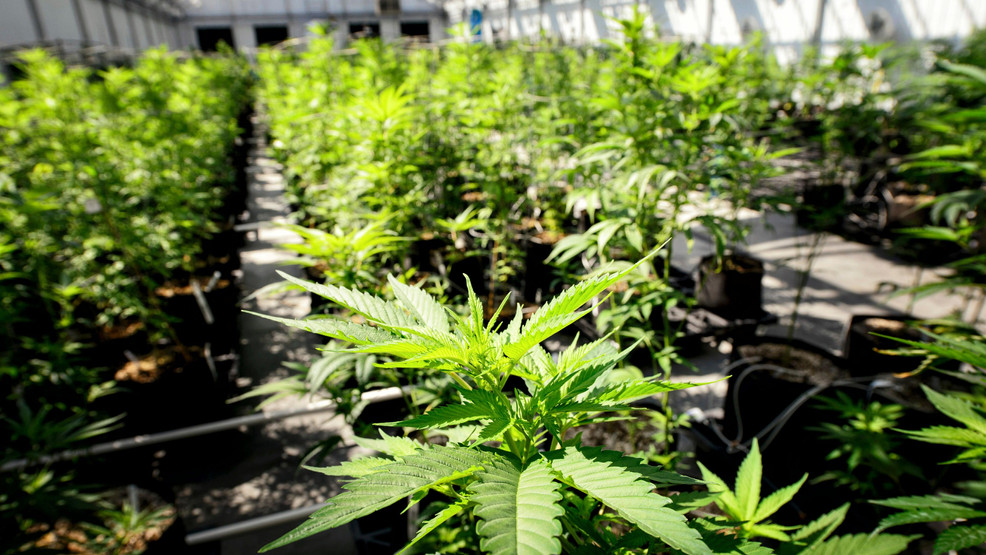 FILE - In this May 5, 2015 photo, marijuana plants grow at a Minnesota Medical Solutions greenhouse in Otsego, Minn. Advocates for legalizing marijuana have long argued it would strike a blow for social justice after a decades-long drug war that disproportionately targeted minority and poor communities. (Glen Stubbe/Star Tribune via AP, File)

"Join us for delicious food, beverages, and infused dipping sauces," the restaurant noted on social media Thursday, which was the day it opened.

The menu features "upscale bar fare," according to the restaurant's website.

Options include the "Buds Burger," a "Cannabis Club," a "Half Baked BLAT," as well as "Wake and Bake Tacos."

The coolers come in pouches that include the following flavors:

Craft Cannabis offers sauces made with locally grown and extracted hemp-derived THC. Each sauce contains 5mg of THC in each jar.

The company notes that the products are state and federally legal and that persons must be 21 years of age to purchase or consume products. The state of Tennessee currently allows use for some cannabis products. There are competing bills in the Tennessee State Legislature for both legalizing marijuana as well as for banning the substance.