Unraveling thoughts on FX's adaptation of 'Under the Banner of Heaven' 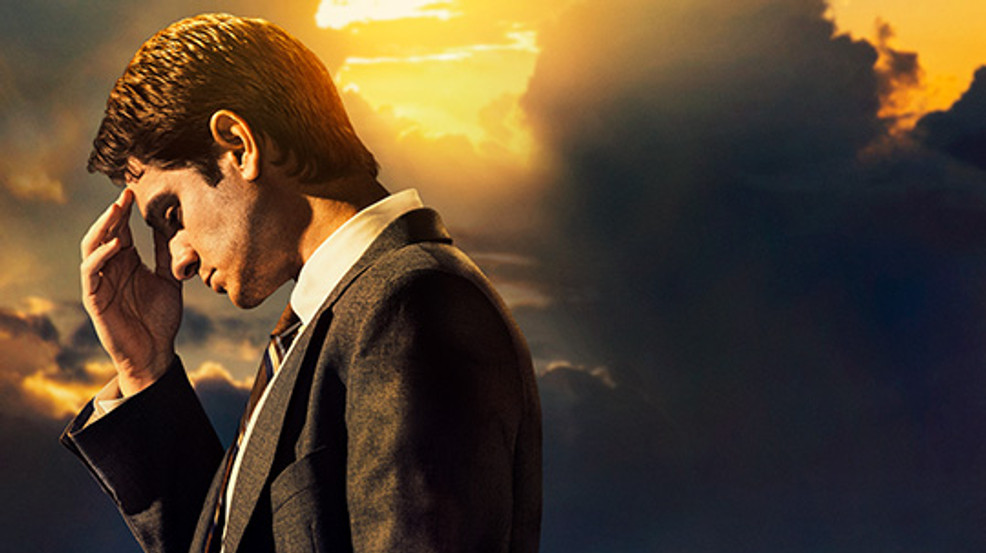 Andrew Garfield stars in FX's adaptation of the true crime novel "Under the Banner of Heaven." The first two episodes of the seven-part series arrives on Hulu on April 28, 2022 (Photo: FX/Hulu)

Some articles are more difficult to write than others. I've written a dozen or so drafts. It's time for me to just put this out. That way I can focus on putting together the conversations I had with the cast on the red carpet at Monday's Salt Lake City premier.

The shape of religious belief is undefined. Even within the confines (or comfort) of organized religion personal interpretations exist. For some faith is a constant. For others it is a constant struggle.

As a child, I spent most mornings with a bowl of cereal and the morning news while my single Latter-day Saint mother got ready for work. I remember the Lafferty story. It didn’t haunt my imagination in the way that the Hi-Fi murders that took place in Ogden in 1974 did. Dale Selby Pierre and William Andrews, Black men who had been sentenced to death by an all-white jury, were a frequent topic on the news as their day of execution drew closer. It is a story of rape and torture. I’ll spare you the details.

The Lafferty story also didn’t frighten me in the way that Mark Hofmann’s bombings would in 1985. There was, at least initially, a sense of randomness to Hofmann’s victims. Maybe there were bombs in the flowerbeds? When “Murder Among the Mormons,” a documentary on the bombings by Jared Hess and Tyler Measom, premiered last year, I watched the three episodes in one sitting.

Still, I remember the name Lafferty. It is synonymous to a hex, a curse. There is an evil in that name that extended beyond murder. I didn’t know why. The social and religious aspects of the killing of Brenda and her 15-month-old daughter was more complicated than my little head could sort through. In some ways, it is still too complicated to put together.

When Jon Krakauer’s “Under the Banner of Heaven” was released in 2003, I wasn’t paying attention. It was only earlier this year, when one of my co-workers mentioned that FX was doing an adaptation, that I became aware of the book. Krakauer’s idea of paralleling the investigation of the Lafferty murders and an early history of the Church of Jesus Christ of Latter-day Saints interested me.

But it has been a dark few years. I didn’t need to go in search of horrors. Working in a newsroom, the horrors of mankind surrounded me. There was no respite from COVID, politics, or phone calls where strangers hoped for my death because their soap opera was preempted by a press conference. I was caught up in the wave of collateral damage. I’d given up my true crime documentaries in favor of watching “Grand Designs,” a British program where people attempt to build their dream home. It was, and continues to be, the escape that I need

Nevertheless, when I was sent the first five episodes of “Under the Banner of Heaven” to prepare for the film’s red-carpet premier I approached them with a sense of anticipation. Not dread.

The series begins with Jeb Pyre (Garfield) putting on a cowboy hat and throwing a lasso around his two daughters who wear in ankle-length dresses. Their fun interrupted by a phone call. Pyre, a police detective, is summoned to a crime scene. The levity of the moment evaporates and our journey into darkness begins.

Our guide through the mire is Pyre, a fictional character. He’s something of a composite of the many officers that worked on the case. As is his partner, Bill Taba (Gil Birmingham). Pyre is an active, compassionate LDS member. Taba is a non-believer, a Las Vegas transplant, and a man with Piute heritage who is treated differently because of the color of his skin.

We journey with Pyre as he visits the crime scene where he finds the slain bodies of 24-year-old Brenda (Daisy Edgar-Jones) and Erica, her 15-month-old child. A blood covered Allen Lafferty (Billy Howle), Brenda’s husband and Erica’s father, approaches. Case closed. Pyre thinks so. Taba is even more certain. The evidence as it untangles says otherwise.

What follows is an unconventional narrative that splits time between the investigation in the present, flashbacks to tell Brenda’s story, and then a jump further back to witness the origins of the LDS Church and its fundamental beliefs.

By the end of the first episode, I was seething. The anger began somewhere around the introduction of Ammon Lafferty (Christopher Jeyerdahl) and it spread throughout me. Rattled, I shut off the television and stewed in my frustration. I knew this feeling. In fact, I knew exactly the last time I felt it. The Abby Theatre in Dublin, Ireland, early summer of 1995. It was the first time I saw “Angels in America.” I loathed that experience too. My teachers at Brigham Young University raved about Tony Kushner, I thought he was a hack.