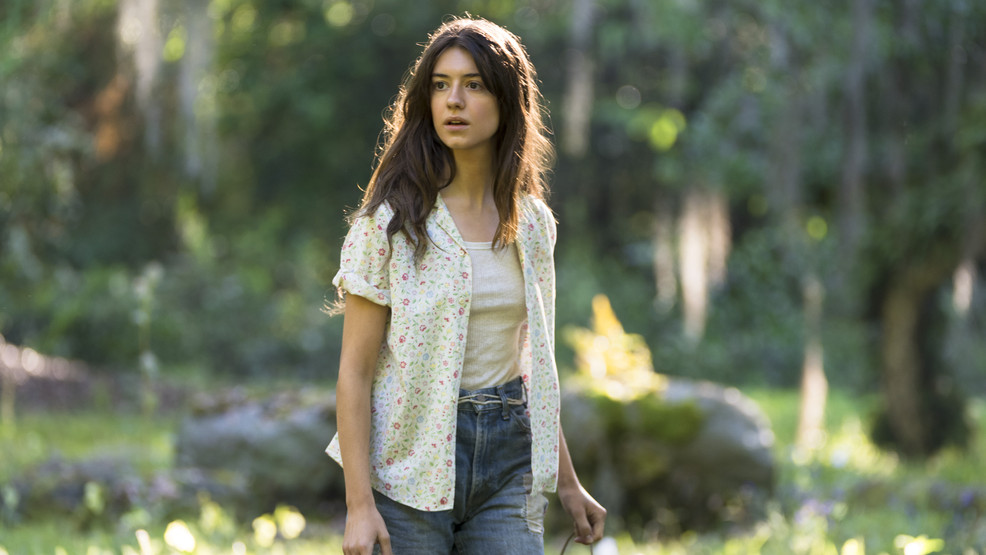 While there may not be a "Thor: Love and Thunder" or "Top Gun: Maverick" among this week's titles there is an abundance of choice. The 11 titles I'm featuring range from political horror ("Good Madam") to the smartest and most blissfully adorable film you'll ever see ("Marcel the Shell with Shoes On"). Book fans will likely be divided over Netflix's adaptation of "Persuasion" with Dakota Johnson, but I expect that "Where the Crawdads Sing" with Daisy Edgar-Jones will be received warmly. Arthouse devotees will want to consider "Both Sides of the Blade" starring Juliette Binoche, but the lighthearted "Mrs. Harris Goes to Paris" with Lesley Manville is certainly also worthy of attention.

And I still need to catch up on "Ms. Marvel," and dive into "Black Bird." So much to see and so little time to watch.

Official Synopsis: The enchanting tale of a seemingly ordinary British housekeeper whose dream to own a couture Christian Dior gown takes her on an extraordinary adventure to Paris. Cast includes Lesley Manville, Isabelle Huppert, and Jason Isaacs.

Mini Review: Lesley Manville stars in this delightful adaptation of Paul Gallico's novel about am unappreciated cleaning woman who travels to Paris to buy a Christian Dior dress. Its sense of fantasy, innocence, and whimsy might be a little too sweet and simplistic for those looking for a gritty slice of life but I suspect most audiences will find a happy escape in its pleasantness.

Marcel the Shell with Shoes On

Official Synopsis: Marcel is an adorable one-inch-tall shell who ekes out a colorful existence with his grandmother Connie and their pet lint, Alan. Once part of a sprawling community of shells, they now live alone as the sole survivors of a mysterious tragedy. But when a documentary filmmaker discovers them amongst the clutter of his Airbnb, the short film he posts online brings Marcel millions of passionate fans, as well as unprecedented dangers and a new hope at finding his long-lost family. A beloved character gets his big-screen debut in this hilarious and heartwarming story about finding connection in the smallest corners.

Mini Review: It's no secret (or a poorly kept one) that I tend to be pulled towards films that are uniquely original. So, it should be no surprise that I spent all 90 minutes of "Marcel the Shell with Shoes On" with a massive smile on my face. Marcel is a tiny shell with a googly eye and a child-like innocence. Marcel originated as a short that went viral, this film explores the days leading up to the release of the original short and the aftermath that came with its popularity. It's incredibly cute and one of the most quotable films you'll ever see. [Full Review]Where to watch: Theaters

Both Sides of the Blade

Official Synopsis: Juliette Binoche is Sara, a woman whose life spirals out of control when she becomes involved in a passionate love triangle. From acclaimed writer-director Claire Denis.

Mini Review: A exploration of emotional self destruction and vanity by Claire Denis and frequent collaborator Juliette Binoche. It's an interesting film that seems to suggest that the main character are the least important people in the real world that surrounds them.

Paws of Fury: The Legend of Hank

Official Synopsis: A hard-on-his-luck hound Hank (Michael Cera) finds himself in a town full of cats who need a hero to defend them from a ruthless villain's (Ricky Gervais) evil plot to wipe their village off the map. With help from a reluctant teacher (Samuel L. Jackson) to train him, our underdog must assume the role of town samurai and team up with the villagers to save the day. The only problem cats hate dogs!

Mini Review: "Paws of Fury" was inspired by "Blazing Saddles," but a decade's worth of rewrites has long since pushed the narrative in a different direction. As a homage to 1970s kung-fu films and westerns, it's amusing to a degree but the humor is incredibly juvenile and it feels generic. I don't know how this film will step out from behind the shadow of "Minions: The Rise of Gru" (which also pays tribute to 1970s cinema).

Official Synopsis: Living with her snobby family on the brink of bankruptcy, Anne Elliot (Dakota Johnson) is an unconforming woman with modern sensibilities. When Frederick Wentworth—the dashing one she once sent away—crashes back into her life, Anne must choose between putting the past behind her or listening to her heart when it comes to second chances. Adapted from the Jane Austen novel.

Mini Review: This isn't a traditional Jane Austen adaptation as some the dialogue has been altered to sound modern and Anne often speaks directly to the audience. A peek at British reviews suggest that "Persuasion" is the greatest travesty known to man. It does feel less consequential than recent adaptations of "Little Women" and "Emma," but it isn't entirely devoid of fun.

Where the Crawdads Sing

Official Synopsis: From the best-selling novel comes a captivating mystery. Where the Crawdads Sing tells the story of Kya (Daisy Edgar-Jones), an abandoned girl who raised herself to adulthood in the dangerous marshlands of North Carolina. For years, rumors of the “Marsh Girl” haunted Barkley Cove, isolating the sharp and resilient Kya from her community. Drawn to two young men from town, Kya opens herself to a new and startling world; but when one of them is found dead, she is immediately cast by the community as the main suspect. As the case unfolds, the verdict as to what actually happened becomes increasingly unclear, threatening to reveal the many secrets that lay within the marsh.

Mini Review: Reese Witherspoon produced this adaptation of the popular Delia Owens novel about a isolated woman known as the "Marsh Girl" who is accused of of murder when a man she was romantically connected with is found dead nearby her home. It's predictable, with a few clever moments. Still, it will give fans of the novel everything they'd expect and I'm not about to turn down the opportunity to see Daisy Edgar-Jones on the big screen. [Full Review]

Official Synopsis: Tsidi, a single mother, is forced to move in with her estranged mother Mavis, a live-in domestic worker caring obsessively for her catatonic white ‘Madam’ in an affluent Cape Town suburb. As Tsidi tries to heal her family however, a sinister specter begins to stir.

Mini Review: "Good Madam" is a ghost story in the sense that its characters are haunted by the lingering impact of apartheid in South Africa. It's not as hallucinogenic as Netflix's excellent "His House," a story about refugees in England, but thematically the two films explore systems of oppression and the psychological damage that comes with it. The film's protagonist, Tsidi (Chumisa Cosa), is a woman who is constantly at odds with the world around her. Her wounds are often self-inflicted, but when you've had to fight for everything you've been given in life, how do you know when to stop fighting?

Where to watch: Shudder

Official Synopsis: Years after a viral outbreak caused a global apocalypse, Jade Wesker vows to bring down those responsible while fighting to survive against the Infected.

Official Synopsis: Ui-gang is a hit man who has decided to retire. He has a nice house and all the money he needs, but one day his wife takes a trip to Jeju Island and leaves him with a request. Her companion on the trip has a 17-year old daughter Yoon-ji who will be left alone during their three week vacation. Ui-gang reluctantly agrees to look after Yoon-ji and make sure she doesn't get into trouble.

Official Synopsis: In the aftermath of a brutal war, former soldier Van toils in a mine controlled by the ruling empire. One day, his solitary existence is upended when a pack of wild dogs carrying a deadly and incurable disease attack, leaving only Van and a young girl named Yuna as survivors. Finally free, the pair seek out a simple existence in the countryside but are pursued by nefarious forces. Intent on protecting Yuna at all costs, Van must uncover the true cause of the plague ravaging the kingdom—and its possible cure.

Mini Review: While I'm not entirely convinced the film has earned its "R" rating, I can comfortably say that the film was made with teens and adults in mind. The narrative is a little overstuffed as numerous storylines weave around each other before simply getting each other's way. It's beautiful to look at, but it feels underdeveloped.

Official Synopsis: Inspired by true events in 1948. Hassanin, an Egyptian filmmaker, is tasked with documenting a raid on the isolated kibbutz Nitzanim. When the kibbutz learns of the impending army raid, Mira, a young but valiant mother, is forced to reckon with the true cost of war and make an impossible choice.