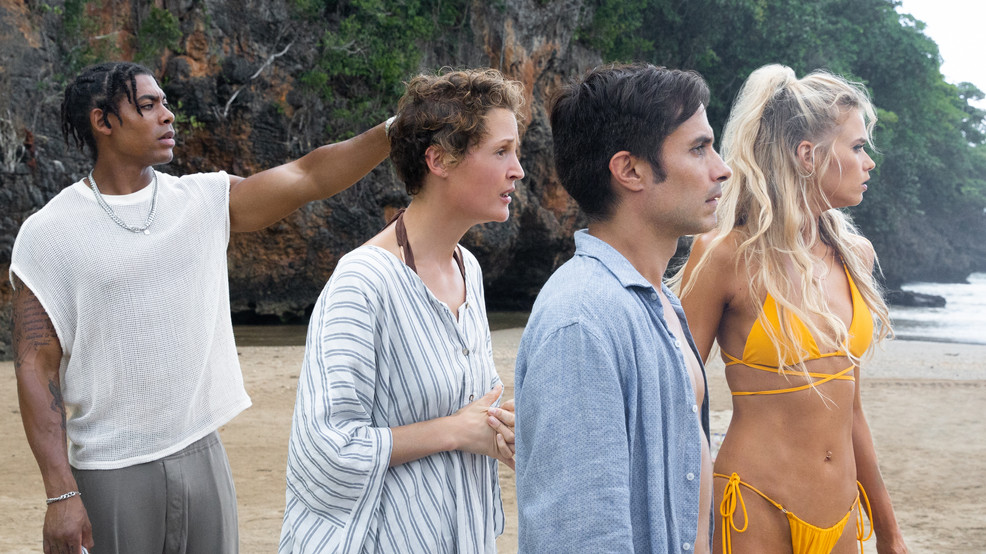 (KUTV) — It's a busy release weekend as numerous films make their way into theaters and on to the various streaming platforms. I had the opportunity to interview actress Connie Britton for "Joe Bell" and director/writer M. Night Shyamalan for "Old" from afar and was happily able to sit down and talk with director/writer Maclain Nelson in person about his latest effort "Once I was Engaged." We'll have interviews with the cast of "Stillwater" and "Reminiscence" in the coming weeks. Hollywood is back and they are keeping me incredibly busy.

I also have a lengthy conversation with Sundance Film Festival's John Cooper and Ash Hoyle about queer cinema that I hope to post soon. I'm back to wishing my days were 28 hours long rather than my pandemic desire for them to last no longer than 8 hours.

Here's a look at some of this weekend's options.

I Carry You with Me

Iván left Puebla, Mexico, as a young man to pursue his dreams of being a chef in New York City. In doing so, he left behind a son and Gerardo, the unexpected love of his life. Based on a true story, "I Carry You with Me" is a film filled with longing. It reminds of Terrance Mallick's lyricism and the beauty and sadness of a Wong Kar-Wai movie. If you're a fan of arthouse drama, this is easy to recommend. (Full Review)

Masters of the Universe: Revelation

This weekend, I hope to sit down with Kevin Smith's reboot of the classic "Masters of the Universe" cartoon series. Early reviews have been favorable. As a child, I owned more than my share of He-Man figures and loved the original series. Hopefully this will speak as much to the child I once was as it does to the critic I am now.

Mark Wahlberg stars as Joe Bell, a father who in the wake of his gay son's suicide sets out on a journey to walk across American talking to teens about the impact of bullying. Based on a true story, "Joe Bell" stumbles a bit as it tells its story, but the message is strong and necessary. (Full Review)

A group of strangers on holiday find themselves trapped on a secluded beach where they begin to age rapidly in M. Night shyamalan's adaptation of the graphic novel "Old." It's easily my favorite of his recent films as it offers the best of the director's instincts without some of his need to completely pull the carpet out from beneath the audience. (Full Review)

Once I was Engaged

Set in the same universe as “Once I was a Beehive,” “Once I Was Engaged” sees a young Woman torn between serving a LDS mission or marry her seemingly perfect boyfriend who picked the imperfect time to propose. It wasn’t the film I was expecting (I hoped for an exploration of the oddities of LDS wedding culture). Instead, Maclain Nelson’s latest film explores the pressure that Mormon culture puts on members of the church to marry young. Given some space and a conversation with Nelson (some of which you can watch below), I think the film was more effective than my longer review suggests. (Full Review)

“Settlers” is a Sci-fi western with horror elements that finds a husband, wife and their daughter living on the edge of a desert wasteland of Mars. They aren’t aren’t alone and whomever lurks along the skyline wants them to leave. There are many interesting aspects to director/writer Wyatt Rockefeller's film but it feels like the middle story of a three-part narrative. Bits and pieces missing, references to situations that aren't explained or shown. It works without giving the audience a complete view of what is going on. It might have worked better if audiences knew more about what exactly is going on.

I caught a late-night screening of "Snake Eyes" (it wasn't offered to local press ahead of its release) and I'm still trying to figure out exactly how I feel about the film. However, my general impression of this G.I. Joe prequel is that the action sequences are entertaining and the story is a mess. I think the narrative intends to show Snake Eyes (Henry Golding) progressing from a young man obsessed with revenge to a more heroic, pure-of-heart figure. That might work if the redemption aspect of the film didn't feel rushed. It feels like the filmmakers were reminded late in the process that a list of things had to happen before the end of the film and were forced to cram a large amount of information into the film's final 15 minutes. Including Scarlett and Baroness serves the G. I. Joe franchise but it doesn't make a lot of sense in this story. The connection between Cobra and the yakuza doesn't need to be so explicit.

I've been told numerous times that, as an American who has spent a substantial amount of time living in the United Kingdom, I'm going to love "Ted Lasso." I always get nervous when someone says that I'm going to love something. I've enjoyed the few clips I have seen, the cast is strong, and I like the idea of a clueless American being a football (as in soccer) coach in England. The passion that British have for their football teams is daunting to say the least. I'll be brave and dive into this soon.

Where to watch: Apple TV+