Where are they now? Follow-up on Gun Trace Task Force after HBO show airs 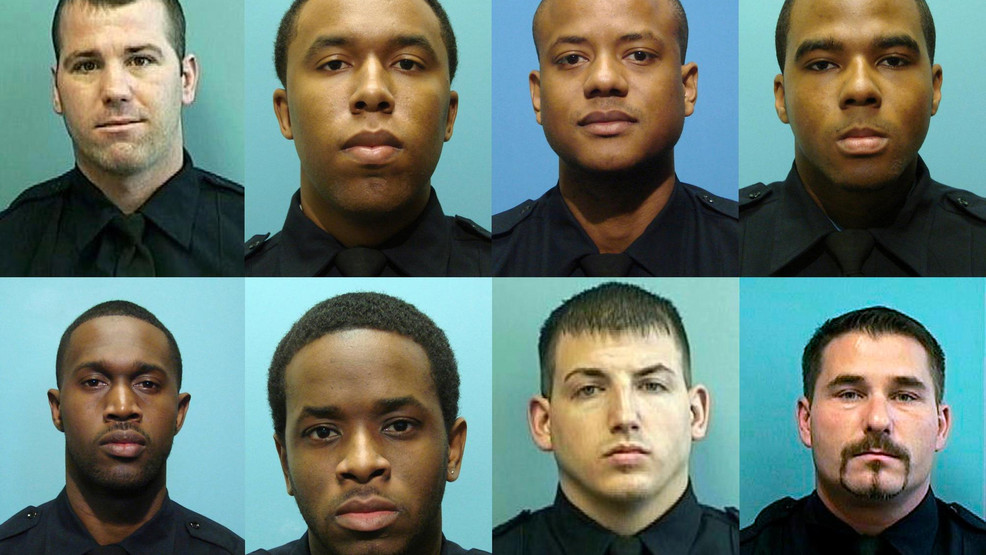 BALTIMORE (WBFF) — It’s an appalling story Baltimore knows all too well. Now the nation is learning of the disgraced and corrupt Gun Trace Task Force after the recent premiere of HBO’s new series “We Own This City”.

The show chronicles one of the darkest chapters in the Baltimore Police Department’s (BPD) history, showing the rise and fall of officers on what was an elite squad.

It’s been several years since the court proceedings. WBFF looked at where those officers involved now are.

The scandal came to light in 2017, rocking the city and police department.

A total of eight officers on the GTTF were convicted for racketeering, robbery, extortion and overtime fraud.

The officers admitted to flaunting and abusing their power for almost 10 years, using their badges to commit crimes.

They stole drugs and money.

In some cases, the group made arrests based on charges that resulted in people being sent to jail for years.

Now they’re the ones serving time.

The eight GTTF members were sentenced to a combined 112 years in prison.

The heaviest sentence was given to former Sergeant Wayne Jenkins, a leader on the task force. The 41-year-old is serving a 25-year sentence in a low-security prison in Ashland, Kentucky. His release date is in 2038.

Former Detective Daniel Hersl is serving an 18-year sentence. The 52-year-old is in a medical prison in Springfield, Missouri. His release date is 2032.

Former Detective Marcus Taylor is also serving 18 years. The 35-year-old is in a low-security prison in Forrest City, Arkansas. His release date is 2032.

Former Sergeant Thomas Allers is serving a 15-year sentence. The 53-year-old is in a low-security prison in Sumterville, Florida. His release date is 2030.

Former Detective Jemell Rayam is serving 12 years. The 41-year-old is in a medical prison in Rochester, Minnesota. He’s set to be released in 2027.

Former Detective Momodu Gondo is serving 10 years. The 39-year-old is in a low-security prison in Butner, North Carolina. His release date is 2025.

Former Detective Evodio Hendrix was sentenced to 7 years. The 31-year-old was just released in February 2022.

Also released is former Detective Maurice Ward. The 42-year-old was also sentenced to seven years and released in February 2022.

“All criminal defendants in the federal system never serve 100%. So the fact that they were released after doing five years or 75% is pretty par for the course when it comes to how much time you do on a federal prison sentence. The second part is...these criminal defendants really admitted to conduct, although it was under a rico charge, the conduct was getting money for overtime they didn’t work or claiming they worked while on vacation in the Dominican Republic. They were definitely different acts compared to what Wayne Jenkins was accused of and what he pled guilty to which were committing acts of violence against Baltimore city citizens. So different defendants, different crimes, different prison sentences."

Two of the eight who have since served their time are now on supervised release.

Both men released are from Baltimore County, Middle River and Randallstown.

The fallout from this continues to this day. A total of 13 officers have been charged.

The Baltimore City State’s Attorney said almost two thousand other arrests and cases were affected. And it’s led to new recommendations with the consent decree on BPD’s hiring, training, oversight and accountability.