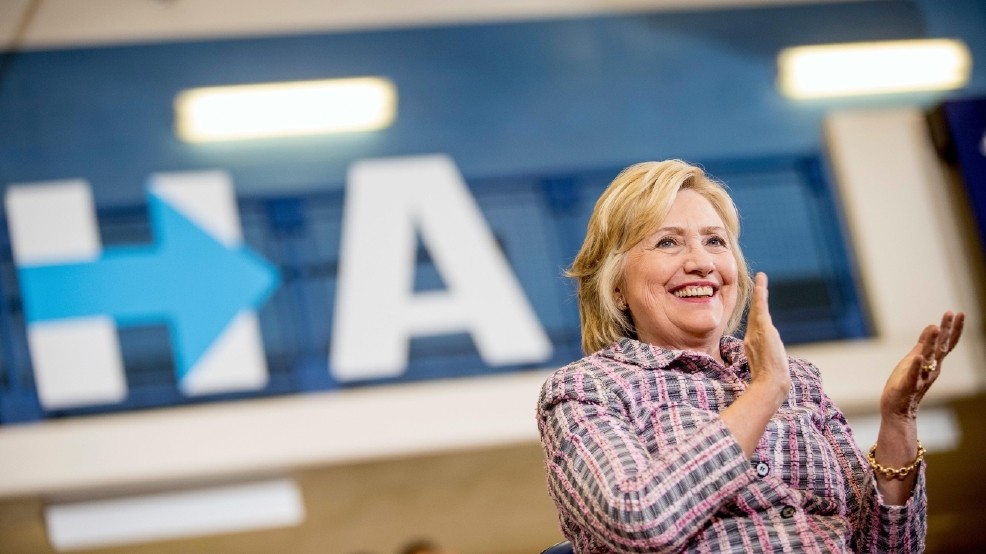 Days after the Democrats wrapped their national convention in Philadelphia, most polls released show nominee Hillary Clinton getting a huge boost nationally – anywhere from a one-point to a nine-point lead over Republican rival Donald Trump.

Coming out of the Republican Convention, Trump had gotten a slight bounce in the polls, a bump that has since evaporated.

The Washington Post ran a headline calling Trump’s convention “a failure,” pointing to polling from the research firm Gallup – in which voters said they’d be less likely to vote for Trump after watching or hearing about the conventions.

“[Clinton] having the second convention, that works in her favor. Right? It’s what voters will remember,” said CQ Roll Call political correspondent Simone Pathe. “ But I think you saw that the Republican Convention in tone was a lot more negative. And so that probably turned off a lot of voters.”

After the 2004 Republican and Democratic conventions, voters told Gallup they’d be more likely to vote for Democrat John Kerry over Republican incumbent President George W. Bush. Yet , Bush went on to win a second term in office.

By many accounts the 2016 U.S. presidential election cycle has been unconventional, especially with Republican Donald Trump besting 17 challengers to get to the nomination.

At a campaign event in Ashburn, Virginia, Tuesday, Trump even told attendees, “Even if people don't like me, they have to vote for me, they have no choice,” seemingly acknowledging that he’s not the most popular candidate to carry the Republican banner.

But experts like Simone Pathe point out that the general election is still months away and voters tend to be more “plugged in” to the political process after Labor Day.

“There always is a lot of fluidity after the conventions. He did get his own boost, Clinton certainly is enjoying hers now. I would expect both to flatten before Election Day,” Pathe said.