Washington's wildfire season could be as damaging as worst in state history, analyst says 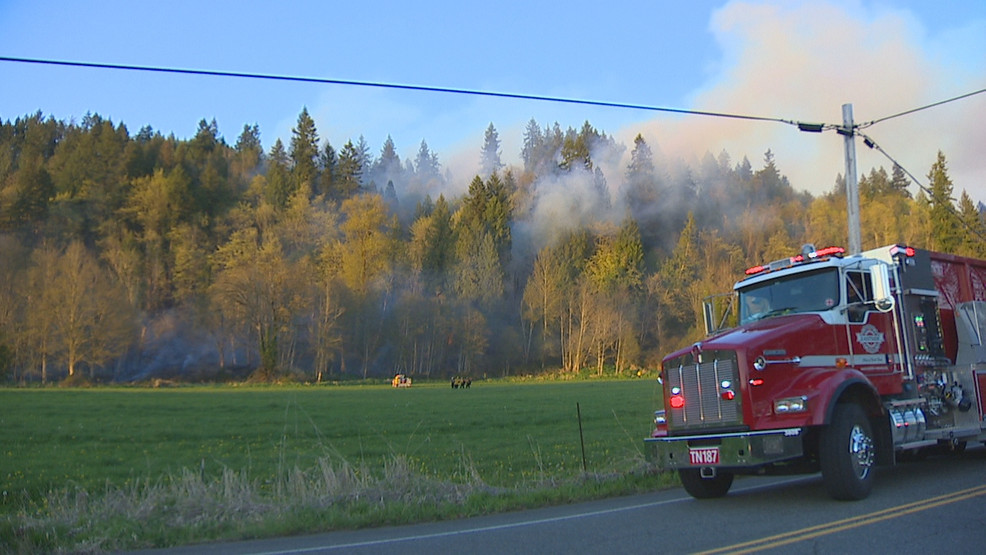 This summer's fire season could be as bad as the wildfire season of 2015, which was the worst season in our state's history, according to an analyst with the Department of Natural Resources.

The sun may be out but with no rain in the forecast this is not what the DNR wants to see.

"You know, we started out with a really dry Spring and we haven't had much of that catch-up moisture at all," said Vaughn Cork, a fuel analyst with DNR.

Not to mention that we had those historically hot days last week.

This all adds up to a potentially dangerous and wide spread fire season for Washington, according to Cork.

"It's definitely ripe," he said.

Which he said could be as bad as what we saw six years ago when the 2015 wildfire season became the worst in the state's history.

What could add insult to injury is if we're dealing with more fires in Washington and other west coast states, it could strain much needed resources to combat a lot of these massive fires.

"We're definitely staying alert and being cautious with all the steps we take," said Robert Wittenberg with the state fire marshal’s office.

According to Wittenburg, they feel prepared to answer the needed calls to handle fires like the current ones that are east of Wenatchee and near Spokane.

"We've had a number of fires that we've been able to respond to quickly and luckily they haven't gotten out of hand," Wittenberg said.

But according to the Puget Sound Wildland Strike Team, resources from crews in Pierce, Snohomish, Skagit and Mason Counties have already been diverted to those fires.

These fires, Cork said, could be just the beginning to a long season.

"It does not look like we're going to have any significant reprieve from the situation," Cork said.